With five killer albums to their name, Revocation boast some of the most potent, technical and abrasive metal unleashed over the last decade and that’s boy about to stop as on 22 July 2016, album number six, Great Is Our Sin will be released through Metal Blade. Taking political corruption and the folly of humanity as its inspiration, Revocation have produced an album very much of our time. Here, founder / guitarist Dave Davidson talks to MR’s Jason Guest about ignorance, apathy, anti-intellectualism, Ash Pearson joining the band, having Marty Friedman play on the album, and covering Slayer…

The album title refers to Charles Darwin’s quote, “If the misery of the poor be caused not by the laws of nature, but by our institutions, great is our sin.” Why take this quote as inspiration? And how did you develop the themes?

It inspired me to look at the folly of mankind throughout the ages and I felt that there was so much material there that I decided to form a concept around the final part of that quote. I used it as a lens through which to view history and the sins of humanity from the Middle Ages all the way up to present day.

We live in politically-charged times, the divide between the rich and the poor of the world seems to be growing from one generation to the next and the lessons of history appear to be ignored in every era. Why does this refusal to learn, this reverence of ignorance and apathy continue to dominate?

I think lack of education and strains of anti-intellectualism are certainly to blame for a lot of the ignorance and apathy that I see. I think a lot of people can’t be bothered with caring about these issues because they are focused on what’s happening directly in their own lives and might have forgotten the struggles that previous generations have went through to maintain a certain quality of life. It has be said that the price of liberty is eternal vigilance and I think that quote rings very true today but unfortunately people are easily distracted and influenced.

‘Only The Spineless Survive’ refers to political corruption and the buying and selling of lawmakers and ‘Cleaving The Ice Giants’ and ‘Monolithic Ignorance’ have climate change as their themes, themes to not just the USA -and the UK, but the world in general. With the masses becoming increasingly aware of such issues, how do the elite maintain their power?

I believe one reason for that is because the mainstream media channels are all corporately owned so they have a lot to do with maintaining the power structures. They’re really good at polarizing the masses and if you look at society today I think we’re more polarized than we ever have been before. The media often tries to present two diametrically opposed opinions when in reality not everything is black and white. The reality of the world today is much more nuanced but it’s much easier to pump out divisive rhetoric because frankly I think it excites people which further draws traffic to those channels.

The track ‘Theatre Of Horror’ refers to the place of public execution in Medieval times, and the manner in which it was supposed to shock and entertain the populace. An analogy for reality TV?

Haha, people love watching the misery of others, but that song is directly referencing the public executions that were popular in the middle ages and beyond.

The choice of Slayer’s classic ‘Altar of Sacrifice’ is very appropriate for the album. Coincidence or conscious decision?

When we’re choosing a cover song it always is a conscious decision because we all bounce different ideas of one another until we come to an agreement. We wanted to pay tribute to Jeff Hanneman with this cover because Slayer has been so influential on the entire metal scene as a whole.

Ash Pearson recently joined the band. What has he brought to Revocation and to the new album?

He’s a great guy to have on the team, he’s got a good sense of humor, loves to tour and absolutely rips it behind the kit. He’s incredibly proficient playing the quintessential beats that are common in thrash and death metal but he also brings in some other diverse elements to the mix. He loves Frank Zappa and Rush so I think you can hear that progressive / fusion influence in some different sections.

With the band living in different places (you live in Boston and Ash Pearson lives in Vancouver, I believe), how did you approach the challenge of writing, recording and putting the album together?

We would get together before tours would take place and rehearse the upcoming set for the shows while at the same time we would work on new material that I was writing. We would also call each other over Skype frequently to discuss parts and clear up any confusion about different sections. A lot of times I would just play the demos I had through my speakers and air drum along to it so he could get a sense of the time and then he would play the parts back on a drum pad to make sure we were clear on everything. It was a bit different then we were both used to but once we had a few calls back and forth we were really o the same page so I think it worked out quite well.

What effect did living in different places have on the album? Did it give you more space for reflection perhaps?

I don’t think it had much effect on the final product, the approach was a little different but the outcome was the same.

You’ve worked with producer Zeuss again. What did he bring to the writing and recording process this time around?

He didn’t bring a whole lot to the writing process because we always come in with most of the material prepared but he did have some producer suggestions here and there which were helpful. He brings a lot to the recording process, he’s got a great ear and knows the sound that we’re going for. He’s also really passionate about his craft just like we are so he always wants to make the next record sound even better than the last.

Marty Friedman makes an appearance on ‘Exaltation’. A dream come true, yes? How did you get him to play on the record? And why this track in particular?

It was a real honor having Marty on the record. I had actually worked with him previously on his last record “Inferno” We collaborated on a song titled “Sociopaths” and I had a real blast working with him so I knew I wanted to have him play on our record when the time came. The solo section of this track sounded like it would be perfect for Marty and I could imagine that he’d really be able to dig in and play some cool phrases over it.

How was it to work with him? What, if anything, did you learn from him?

We didn’t work too closely on this section, all I did was send him the track with a few notes on the key changes and the start and end time of the solo. I haven’t tried to learn the lead yet but if we end up playing this song live I’m sure I’ll pick up a thing or two from his solo!

The artwork represents individual themes from the songs as well as the overall album title itself.

Tom Strom painted this and we worked closely to tie in as many themes as possible into the artwork. I sent him over all of the lyrics, song titles and album title so that he could craft the artwork around the concept of the record.

I think we’ve gotten tighter both as musicians and songwriters over the years. I’ve gotten much better at editing my ideas and thinking more about the aesthetics of our sound so that’s had a big impact on the evolution of our sound.

In the promo material for the album, you say the following: “Thinking critically about my own style and being self-motivated has had a very strong impact on me as a musician and songwriter. We try not to think too much about extraneous forces when we’re writing so we can focus on creating music for ourselves first and foremost.” What are you striving for when writing?

I strive to find my own voice as a musician, that’s the most important thing I think. We’re all made up of different influences but it’s all about how you incorporate them in cohesive and unique ways so that you can find your own sound.

What are your tour plans for Great Is Our Sin? Will we be seeing you in the UK?

You will indeed! We’ll be playing some gigs in the UK in October when we hit the road with Obscura, Beyond Creation and Rivers Of Nihil.

Thanks so much for the interview! 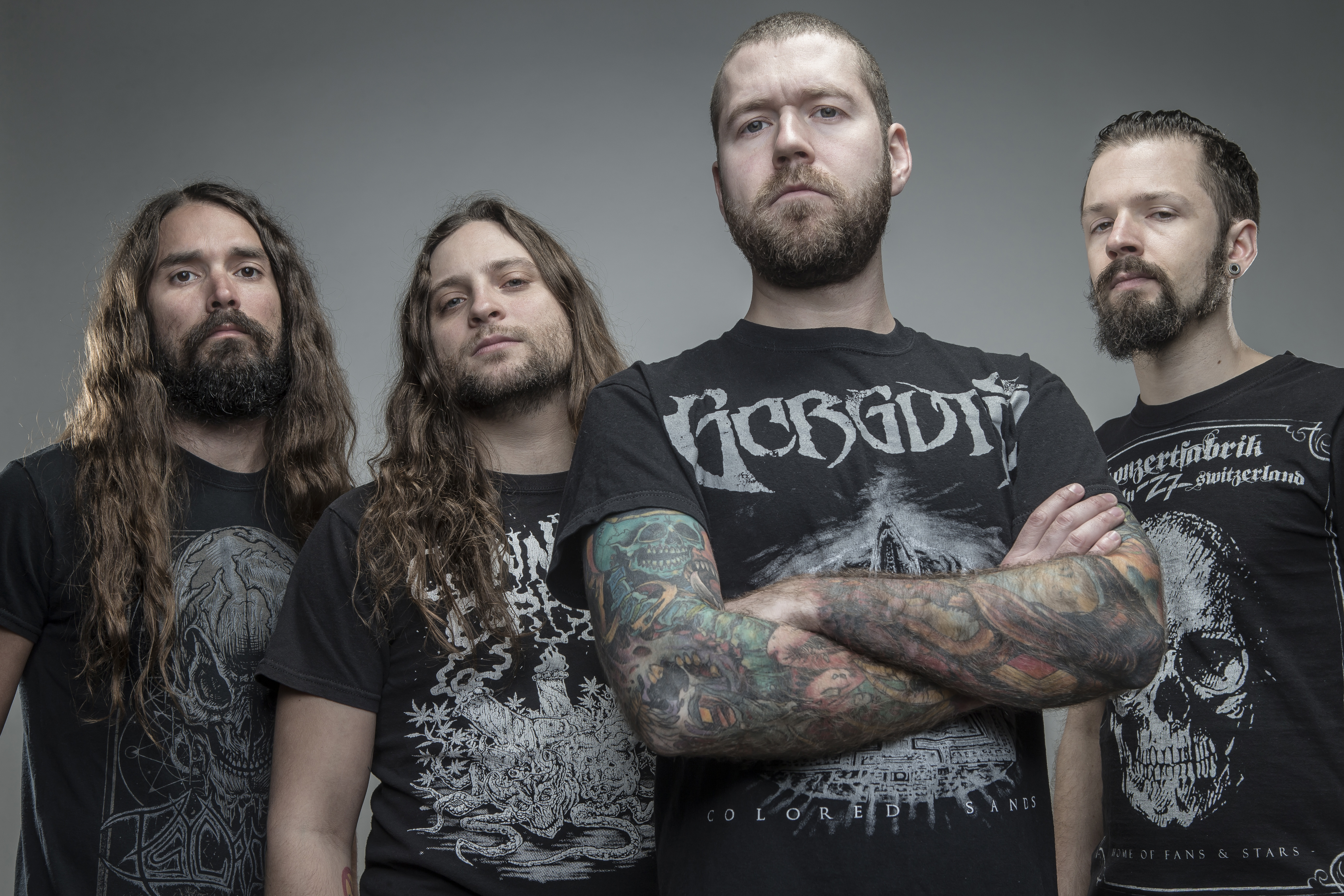