“…the most important thing to us is just not taking the piss out of the people that come to see us.”

Eureka Machines have deftly carved themselves a niche in the British underground rock scene over the last seven or eight years. Allying a stereotypically northern work ethic with finely-crafted pop/rock songwriting and bombastic live shows they have just completed a short-haul UK headlining tour before heading out with Ginger Wildheart for a few more dates; frontman Chris Catalyst caught up with MR’s Ian Savage prior to the first show in York.

Hey Chris – happy nearly-Halloween! You’re about to embark on tour with the Ginger Wildheart band [both fronting Eureka Machines as support and playing guitar with the headliners]; been getting in shape for it?

Naturally. I’ve been pumping iron, or perhaps just pumping (and ironing). Two gigs a night is actually a tall order – especially with a lot of singing – but I’m up for the challenge. I’ve just spent the past month on another tour so I am hoping I’ll just continue in ‘tour-mode’; I’ve actually scheduled getting in shape for the next few weeks, with upcoming EM headline dates…I’m off the booze at the moment and feeling pretty good about that. The Leeds one is getting filmed for a DVD and I don’t really want to be fat on it.

Is Davros doing alright settling back from new-fatherhood into a touring rock band?

I think so… he and Wayne both have (typically beautiful) little girls now. Fatherhood has really brilliant results for most people, and I am pleased to report that in this respect they are both ‘most people’. It makes people really throw themselves into whatever it is they’re doing, and there’s that other saying: ‘if you want something doing, ask a busy person’. I’m not sure there are many busier people than the parents of a toddler.

You recently auctioned the original semi-legendary EM ‘crest’ for charity [raising over £350], which went to Japan; what’s the story behind that?

It was done by a great bloke called Tony Wilkinson, and when we heard that Ian ‘Tunny’ Tunstall – formerly of the excellent ChangesOne Records in South Shields – had not only had a stroke, but the SAANDS support group that he and so many others rely on was in danger, we felt we should do something about it. My girlfriend works in stroke rehab so I know how important these groups are for people.

So we, along with some help from our pals Vicky and Damo, auctioned it off to raise some money for them. Tony was keen for it to raise some money for charity too. It feels good to do this kind of stuff. The winners of the auction were our biggest Japanese fans and friends, who last year flew over to see us in London and Leicester. Another good feeling. (Also worthy of a thank you for this is Ruth who suggested it in the first place.)

I heard that [personal favourite] Dave McPhearson covered ‘The One Who Wouldn’t Change You’ as a Pledge request recently; how’s that make you feel?

Dave is a wonderful man and prodigiously talented. So for him to cover our song felt great. I thought he did a really good job as well, he made it his own. Hauntingly lovely voice, that lad.

It seems that a number of members of the ‘new’ British rock generation are becoming ingrained into the consciousness and listening of those who grew up on the likes of The Wildhearts (yourself/EM and Dave included); do you think that social networking is a big part of this?

Social networking means that you can extend – or, for that matter, limit – the community in which you inhabit. The great thing about people who listen to bands like The Wildhearts, or for that matter The Sisters, Cardiacs, Stranglers – and other bands whose fanbases we have pillaged through support slots or whatever – is that they are generally not waylaid by supposed ideas of ‘cool’ or ‘hype’. What they really want is great tunes and a brilliant night out.

They’re not going to be swayed by (lack of) column inches in moribund publications like NME or Kerrang, and they’re hungry for new music – and fiercely loyal with it. Their reward for this is the music and scene that they deserve – a constantly evolving melting pot of brilliant live acts writing and performing great stuff. This is also aided by the likes of Ginger being so supportive of what we and many others do. It’s a two-way street, and everyone CAN be a winner.

The second you start taking the piss – short-changing the punters and their faith in any way, financial or otherwise – is when they instantly see through you. There’s so much great stuff to do out there now – music, art, film, TV, etc, and so many reasons not to leave the house, plus everyone is skint, that they need to know that their tenner for the ticket is not going to be wasted.

So, to answer your question, social networking is important, of course; it’s the new word-of-mouth, albeit diluted, but as ever, the most important thing to us is just not taking the piss out of the people that come to see us. Many of them are people who we genuinely consider to be friends, and we wouldn’t dream of doing anything to screw that up.

You put out a Facebook shout for ideas for the new Pledge project; is there anything that’s stuck?

We’re going to stick to the fairly well-trodden path with this one. With the utmost of respect and gratitude to the people who made online suggestions for that stuff, it’s my job to spot any potential stumbling blocks in things. At the numbers that we’re likely to do stuff, the economies of scale aren’t that high. I’ve come to realise over the past few years that I’m not really a risk-taker – I’d rather stick to the beaten track when it comes to stuff like this, mainly because I don’t really want a pile of, say, 490 lyric books gathering dust in the corner for the rest of time. It’s an expensive ego stroke and an even more expensive draught excluder.

Yeah, the aim is to launch the Pledge campaign in early November, with an exclusive four-track EP immediately made available to Pledgers. We’ve studio time booked for the end of the month, with 16 new songs to record. I hope it will see light of day in February or March.

The idea of a ‘bit-by-bit’ Pledge project came up in our last interview, with podcasts, merchandise and a track or three a month; are you still leaning towards that at some stage?

Ginger did it with his (great) GASS project. There is bound to be some kind of synchronicity when everyone is trying to work out what the fuck they are going to do next. I had wanted to do something pretty similar, but it seemed like a bit of a risk for little me to do. Plus, and this is nothing against what anyone else does or doesn’t do, I am really into the idea of albums. A bunch of songs that live and breath the same air as each other, set up in a way that takes you on a sonic journey. I compartmentalise everything in my life, and am the same with my music. It’s not always healthy, but it’s what I do.

Maybe some day. I have a lot of ideas.

How do you best write? Do you give yourself a set space and time with a guitar to get something out, or…

It really changes. Most of it is psychological (like everything). Recently, I’ve decided that I am actually quite good at this songwriting lark, and that new-found confidence has translated itself into more and more ideas and more and more songs. I enjoy it a lot more now, and I let the songwriting bug take over a bit more, and let it rest when it needs to.

Previously there have been times when sitting down to write songs has been genuinely depressing, very difficult indeed. I don’t want to jinx it but recently it seems to have got a lot easier. This is also a fairly big metaphor for other areas of my life and psyche.

On the back of this, I’m hopeful of doing a load more stuff next year.

You’re doing WinterRocks in Sheffield on the 6th of December; GENUINELY the last Eureka Machines gig of the year?

Currently so. I don’t really go in for the ‘tell everyone it’s the last gig of the year then pull out a bunch of others and hope no-one notices’. I’m from Yorkshire. We’re generally pretty honest. The line up for that gig is insane. Can’t wait.

So what’re you listening to yourself at the minute that other people should hear?

Right this second, I’m listening to nothing at all. I find that the more music I do, the more I want to give my ears and brain a rest from it. I’ve been in venues, practice rooms and studios almost every day for the past two months, and when that’s the case, I generally avoid syncopated sounds when I can help it. I’m not complaining, it’s a nice problem to have!

The most recent things I’ve been enjoying are:

I Should Coco – Supergrass

Something by First Aid Kit

The most scared I’ve been this year was when me and my girlfriend went to Barcelona and went up the top of the Sagrada Familia. I had to climb back down the stairs gripping on to the wall. I’m really not very good at heights.

…and your top Halloween film?

I’m not really horror film guy. I like The Exorcist, but I fear that might be a bit wet by modern standards. I need an education! 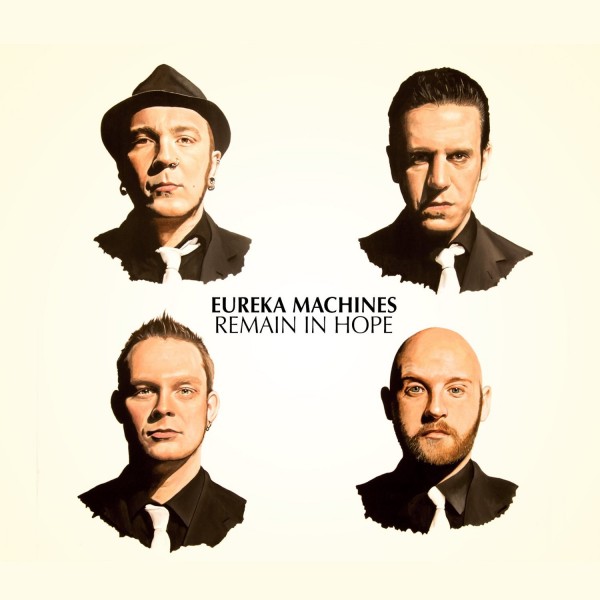