Blue lights, incense, and a cold and raw feeling of desolation and sorrow…

Self-released digitally last year, the debut demo of Praecognitvm, Inalienable Catharsis, caught the ear of the metal moguls at Iron Bonehead (website; Facebook). So impressed were they by the classic black metal mysticism and boundless and spectral atmospheres that it will be released on cassette on 10 February 2017. Emerging from the violent black/death hotbed of Chile, it is more than a mere “demo”. Here, MR’s Jason Guest gets a few insights from M. (vocals, drums, guitars, bass) and A. (guitars) on the band, their music, their inspirations, and what black metal was, is and will be…

To begin, can you give us some background on the band, how you formed and what it was that drew you together to make music under the name Praecognitvm?

M.: We played with A. from an early age, both in their respective projects until we decided to capture ideas that were coming around and create something new, with different shades and colours, which helps us to channel from the most buried thoughts in the unconscious, to the most explicit feelings; that’s how Praecognitvm was born, in Temuco city, south of Chile in the year 2015

Was there a musical vision or concept that you had in mind for Praecognitvm? And if so, how did you seek to capture that in music?

M.: A.: Well, there was a kind of style a little more defined at the time of forming the project, however the general concept and lyrics flowing with the passage of time and the composition that we were performing. We want to capture in our music different sensations and thoughts, from physical journeys to internal, where we try to find ourselves.

M.; A.: We think from experiences or experiences that we have, even the music we hear are great source of influence both at the time of composing and to express what we want through the creation of Praecognitvm as such; therefore it would be a little difficult to specify what or who influence us. It can be from books to other bands in particular, but we try to create something out of the ordinary and leave us satisfied, always looking from the minimal details to unconventional musical structures.

What does the name Praecognitvm signify?

M.: It was an idea extracted from a book by Miguel de Unamuno entitled “Niebla” in Spanish, a book of existentialist character, which at some point identified me and which after years I remembered and wanted to translate into this project, whose meaning is linked to the quest; The constant quest of being through existence, the countless dreams that appear while we sleep, as well as the quest of the human being to find its purpose in the world, that is, what are we here for?

When writing the material for what would become Inalienable Catharsis, did you have an idea of how you wanted it to sound, or did each of the tracks and the whole thing take shape as it was being developed?

M.: Well, at the moment of composing the songs for demo, we had already thought a particular sound, but when we finished the recording process, we thought it was better than the expected.

M.; A.: Since we started with Praecognitvm there were many ideas that we were discarding until we reached the stuffs that make up our first work, so as far as what time is concerned, it took us about 4 or 5 months to create the songs; changes there were, but more than anything in sound and editing, working on a couple of details and things like that.

What are the inspirations and themes behind the four tracks? And what, if any, impact did they have on your approach to composition?

A.: Well, the theme goes from journeys into nature, repressed emotions, existentialism, mystical experiences and that can’t be explained that we have lived. The impact is strong since it was shaping the songs as we created them and gave them depth to create the atmosphere.

What’s the ‘catharsis’ the title references? 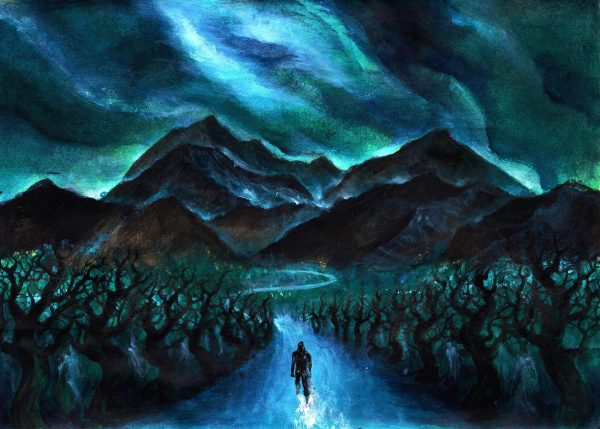 Can you tell us about the artwork, who or what the central figure represents, and how it relates to the themes?

A.: It represents a journey, physical and spiritual, to see our true self, something we should all do, something that leaves us clear mind about what we want, what moments we want to live, what future we see in this world.

How did you come to work with Iron Bonehead for the release?

M.: I sent an email to Patrick, showing the songs and telling him our purpose, then he accept to work with us and that’s how Iron Bonehead started with Praecognitvm.

What does the act of making music mean to Praecognitvm?

A.: Well, it’s a kind of release of expressions, emotions, experiences that we had in our lives, which helps us to have a clearer future.

M.: Making music, especially some dark and chaotic expressions are something that came suddenly into my life, I think I was destined to do this, in one way or another; through years I been looking for something that can canalize all the emotions, thoughts and ways of seeing life.

Since its emergence in the late 80s/early 90s, black metal continues to evolve far beyond what it once was. What is black metal to Praecognitvm? And why choose it as a form of musical expression?

A.: It’s a way of feeling the connection that we once had with nature but that was lost, as well as a way of expressing and expelling the negative and positive that is inside our soul.

M.: M.: The 90s Black Metal scene is something eerie, special and enigmatic for me, I would like to see Sacramentum, the early Dissection or be present for the first Darkthrone shows, so, I think I was born in the wrong year and place. Trying to do BM is more than saying “Let’s play something like Naglfar or Strid”, so We let the music flow and speak for itself and do what we want.

Music is a very powerful medium for conveying messages, secular and spiritual. Do you think that music is itself imbued with a power to provide an avenue into these aspects of human existence?

A.: Of course, music has always had a power to transmit a message, it suggests questions that disputed the life we carry as a person and species, as well as finding a way to connect with the world around us.

What would be the ideal setting for a Praecognitvm performance?

M.: Some blue lights, incense, and wait for a cold and raw feeling of desolation and sorrow.

What does the future hold for Praecognitvm? Is there more music in the works?

M.: We are working on the next production, so only the time itself can tell you what hold for Praecognitvm.

A.; M.: Thanks for the interest, wait for the release of Inalienable Catharsis, 10 February is the day. 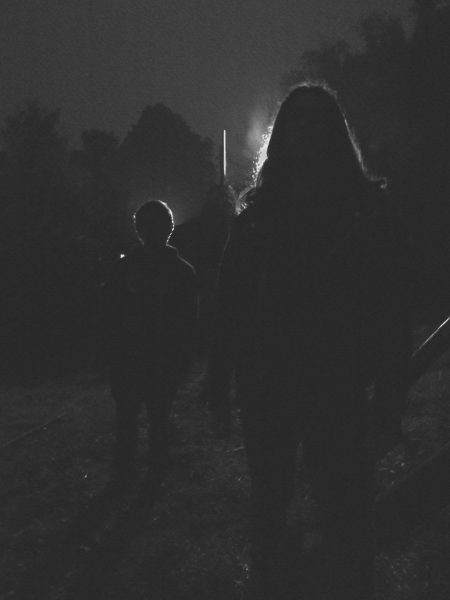