15 December 2014 saw Germany’s black metal duo Arthedain release their second EP, Arias Exalted, less than a year since their formation and only a few months following drummer Tobias Schuler joining the line-up. Here, Arthedain’s founder and guitarist, bassist and vocalist Charles Wolford talks to MR’s Jason Guest about the EP, the band, its development, philosophy, and recording music in the forest…

Hi Charles. Thanks for taking time out for this interview and congratulations on Arias Exalted.

Good morning Jason; thanks for having me!

Your first EP, By The Light Of The Moon, was released in September 2014 with Arias Exalted followed in December. That’s quite a short period between releases (much faster than most bands choose to release material). Was the material for both releases written around the same time?

I had been working on the material for By The Light Of The Moon for about a month before recording it. During that time, I developed a few of the riffs that became a part of Arias Exalted, including the slow riff in ‘Through Immolation Sparked’ and the bridge for ‘Visions of Fire’.

The sound between the two EPs is very different, the first sounding much rawer than the second. Why did you take a different approach with Arias Exalted?

The whole purpose of BTLOTM was to serve as a sort of introduction to the band; many of the same elements are present on both releases but the first EP requires a more discerning ear I suppose. BTLOTM was recorded in the forest, not a proper recording studio. I have always loved nature, that is where I feel the most at peace, so it was logical for me begin in the woods. I think it puts a certain kind of ambience in the music to record on location like that. With Arias Exalted, I really wanted the melodies and lyrical themes to take precedence, as well as the drum work. The result is a much cleaner, colder sound than the first EP.

Is there a progression between the two releases?

Definitely. Both musically and visually. BTLOTM is very raw and direct while Arias Exalted has a more absorbing production and encompasses more musical styles than only traditional black metal. Also, the artwork of the first EP is black and white, the second breaks from black and white with more of a sepia tone. Don’t be surprised if the full length has colour artwork, which would represent another step in the progression of the music. That is just how it makes sense in my mind for the grand scheme of things. 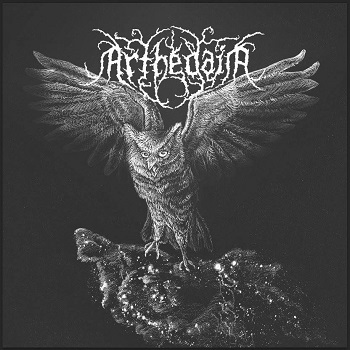 The artwork on both EPs is excellent. Ceethava was the artist for the first EP. Why choose to work with her? And how much direction did you give for its design?

Thank you, I am very proud of the art that is featured on both. I chose to Ceethava because she has a very unique style and I thought she would be perfect to create the art that introduced Arthedain to people. As far as direction, I spoke with her about the concept of the EP and she had free reign to create whatever she wanted. I am very happy with the results.

Robert W. Cook (of Norot Art)’s artwork for Arias Exalted is very striking. Who is the figure? What does he represent? And how does the image relate to the music and lyrical themes?

The figure on the cover represents Pan. He plays a central role in the lyrics, especially in ‘Through Immolation Sparked’. For a better understanding of Pan’s functionality and importance, I would suggest listeners to start with Crowley’s ‘Hymn To Pan’ and then immerse themselves in Vexior 218’s excellent ‘PanParadox: Pan Towards Chaos’. 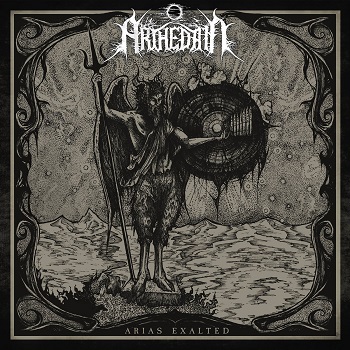 Why did you choose to work with Robert for Arias Exalted? And how much direction did you give for its design?

I chose to work with Robert because I had admired his work for a long time before contacting him regarding the cover artwork. He has contributed to many records and books within the occult and metal scene. When I saw the art that he contributed to S. Ben Qayin’s most recent book, ‘The Book Of Smokeless Fire’, I knew that I needed to contact him and organize something for Arias Exalted. His musical extension of Norot is equally as impressive, I have been listening to Nathrach, his first album, a lot recently. Things took a pleasant turn recently as we were both signed to the same record label. We will talk more about this later.

Arthedain was formed in early 2014. Did you have an idea of what you wanted the band to sound like?

I had an idea in early 2014 but that idea has changed drastically by this point. At the time I formed the band I was listening to mostly lo-fi recordings, especially Ulver’s Nattens Madrigal album. There are so many amazing melodies and counterpoints on that record. I know a lot of people might be upset but I really prefer the remastered version that is available in the Trolsk Sortmetall box set. For Arthedain though, I just really want to capture these concepts of darkness and isolation.

Why choose the name Arthedain? What does it mean? And what does the name signify for the band and its music?

Arthedain is a reference to one of the realms created by Tolkien; the name evokes a feeling of mystery and the history of the realm is definitely worth reading about if you are a fan of Tolkien. Apart from the name though, LOTR has no influence on the band or it’s lyrics.

Tobias Schuler joined in August of 2014. Why choose to work with him for Arthedain? And what has he brought to the band?

I chose Tobi because he is a great friend and an amazing musician. Aside from being a phenomenal drummer, he is a valuable asset in the studio. When we were recording ‘Visions Of Fire’, there was something missing from the riff that introduces the verse of the song. It was his idea to add the chords behind the tremolo-picked riff, producing a much denser atmosphere. That is just one example. He is just a no-nonsense kind of guy in the recording studio and that is really what I was searching for.

When writing/composing, do you have an idea of how you want the tracks to sound or do they take shape as they’re being developed?

I have an idea of a feeling; I know it sounds pretty abstract but there is a feeling in my mind that I want to capture and once I listen back to the song and I feel it, I know it was successful. I am definitely more of a ‘feeling-based’ instrumentalist rather than a technical once. So the longer songs with tempo changes and more dynamics are meant to capture more complicated feelings or ideas.

There are many philosophies that lie beneath the surface of the music and they are found in my lyrics, as well as within the musical notations of several compositions. I have studied many different types of philosophies and forms of spirituality, and I am very interested in ancient Greek and Norse mythologies. As for the belief systems that underpin the music, I would say it is a combination of various aspects that can be found along the Left Hand Path as well as the previously mentioned mythologies.

I see from your Facebook page that you are working on an album. How’s that going?

Yes I am; it is going surprisingly well. I have been working on it every day and I think a lot of people will be surprised and hopefully pleased with some of the new sounds that will be unveiled on the new album. I also just made the switch to a 7-string guitar so of course that will have an influence on the music as well.

Any plans on when it will be released?

I am hoping to begin recording in June and perhaps we will see an August release date. Of course, this can shift to the left or right but as of now, that’s the plan.

Have you had any label interest or do you prefer to release your material independently?

It is great that you ask this because this is the first interview that I can announce that Arthedain has just signed a contract with Naturmacht Productions. I am friends with Robert, who owns the label, and I have no doubt that he will release the music in a great way as we share much of the same ideas regarding the music.

At the moment it is a little difficult to plan gigs and tours as Tobias and the others who would fill in on the rest of the instruments all have prior obligations to other bands who will be hitting the road very soon. As for a UK visit, I am actually in London quite frequently but am looking to visit more cities in the future.

I would just like to say thanks for supporting Arthedain and if you haven’t checked out our music yet, I hope you enjoy it. 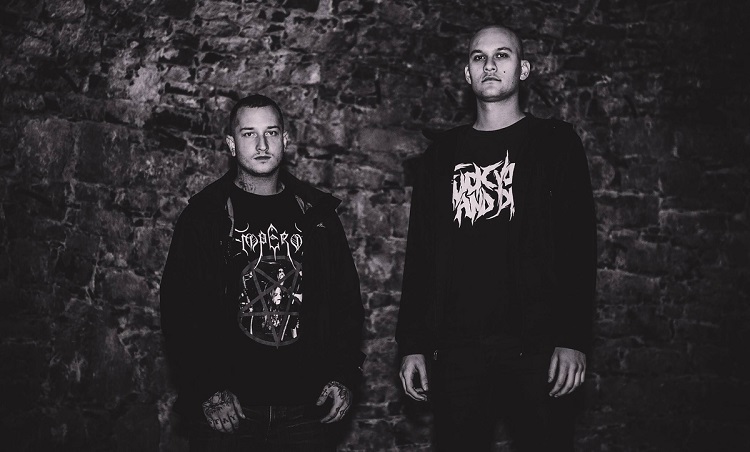