Hailing from Keansburg, New Jersey, Can’t Swim are making waves with their mash up of post-punk and alt rock. Having just released acclaimed EP Foreign Language Peter Dennis spoke to vocalist Chris LoPorto just prior to their gig at Birmingham’s Mama Roux venue.

New Jersey has birthed some great bands. Because of this do you feel a weight of expectation?

Yes, for sure. Growing up it was the centre of music. Every band I like seemed to be from New Jersey. I’m pretty disconnected now because we travel so much. I like to think I’m carrying the torch in some sense [laughs]. We’re from right by Asbury Park so there’s a big Bruce Springsteen influence.

Pure Noise was one of the reasons we started the band. I didn’t have the other guys in the band, they heard my songs and Jake from Pure Noise called me on the phone “I want to help you, I want to make this band a possibility” so Can’t Swim and Pure Noise are one and the same. I would never have been able to get this off the ground and Pure Noise was nice enough to help us out. It would be interesting to do a Can’t Swim release without them because it’s all I ever known.

Pure Noise currently seem at the vanguard of heavy music. What is it about them?

People seem to be drawn naturally to Jake. He won’t fill your head with illusions of grandeur he just tells it like it is and I think a lot of people in this world respect that, it’s not a suit mentality, he was in a band himself. He doesn’t butt in, he’ll give his two cents but at the end of the day my job is to write the songs and his job is to put them on a release so he’s very open to what bands want to do.

You’ve described your lyrics as very personal and exploring pain and sadness. Do you worry about constantly visiting the dark side or is it cathartic?

I think about that constantly. I think it’s somewhat therapeutic to sing about things that bother you but retelling those stories every night…I wonder if they’ve done a scientific study to find out if it messes you up even more so? I think people gravitate to the personal stories about me and I don’t ever feel I could ever fabricate at this point and I wouldn’t want to so it definitely has its pros and its cons! I read an article recently that said you need to be in a dark place to create good art. I don’t know if I’m smart enough to have the answer but all my songs are real life and although I’m at peace with some of the issues I still feel them. 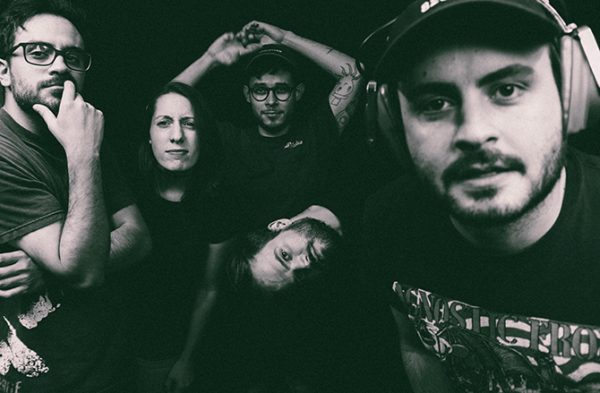 What are your musical influences? Is there one band that unites you all?

We all love The Cure. I also like heavier bands like Metallica, we all love the techy bands, Meshuggah.

Doing this band has made me realise that time is very relative. I remember being in my early twenties and thinking that time is running out and maybe I was too old to start a band. This band has made me live in the moment and it doesn’t matter where it’s going and I think that comes through in the music because I just write what I want to write, I don’t care if it puts us in a certain genre, I enjoy it, I enjoy putting it out and I don’t really look further than that so…it’s more genuine because I don’t care about the trajectory of the band.

Late last year you released a new EP Foreign Language which included guest appearances by Frank Carter and Adam Lazzara. How did it feel work with such luminaries?

Not to sound lame but it was a dream come true. I looked up to Frank Carter for many years, even though I’ve been friends with him, I looked after him when he came to the States, I’ve always thought highly of his art and I love the part he wrote for that song. Adam Lazzara from Taking Back Sunday, in high school I was a big fan of his. It was something we’d never experimented with before but it’s nice to have some friends along for the ride.

Were you in awe of these people in the studio? Were you able to tell them if something wasn’t quite right?

Luckily that didn’t happen. I did give Frank completely free reign. I was like ‘I’ll send you the instrumental part and you do what you do’. He sent the first take back and that exceeded my expectations.

How do you walk the fine line between pleasing your fans and challenging yourself?

In 2020 I do think it is quite difficult especially in rock music where people expect certain things from certain artists. If Metallica came out with a jazz record I don’t think it would go down too well. I think I am guilty of being a bit of a chameleon and alienating some fans but that’s something we’ve never really worried about. The people who like our band will hopefully follow us and adapt to the differences but I would be bored if we kept putting out the same songs, though I am conscious of that I don’t let it dictate how I write songs.

People find it hard to put Can’t Swim into a specific category. Is that flattering and does it afford you a lot of freedom?

Yes, even though it’s not meant as a compliment most of the time. Even if it’s not meant as a compliment I definitely take it like that, it’s hard to get one person into your band, there’s so many artists, to get any kind of fan base so I think that the fact we’ve captivate different people from different genres is very flattering and in the future it gives me a bigger spectrum to work with.

Finally, what are your thoughts on touring the UK?

Luckily ever since we started the band four years we’ve come over here a ton, equal to the States tours we’ve done, and I always say London’s our second home. We sold out a show in London before we sold out a show in our native New Jersey. I love it here, I think it’s a lovely country, I think the rest of the world could take a page out of England’s book. I’ll keep coming back as long as y’all keep letting me in! 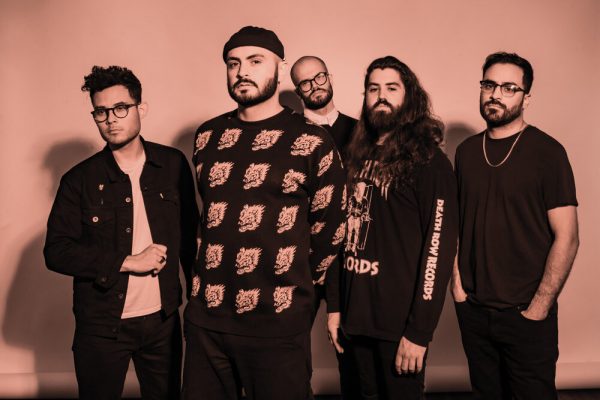