The Midlands scene in general is strong for underground metal…

Birmingham’s thriving extreme underground metal scene is spawning a lot of bands seeking to dismantle a few old templates with a view to doing things their way. One of the latest additions to these ranks are blackened nihilists Conjurer who have already cast their spell successfully in the Midlands and have now started to work their black magic a little further afield. MR’s Paul Castles does his best to avoid being turned into a rabbit by Conjurer guitarist Brady Deeprose.

Hi guys, thanks for speaking with Midlands Rocks. I’ve seen you play at a number of shows across Birmingham over the past year or so. Can you tell us first of all roughly when the band came together?

Hey Paul, cheers for checking us out. Dan (Nightingale, Vox/Guitar) and I started chatting last year about starting a death metal band. I’d been a fan of his for years but we’d never really hung out…then he sends me about 70% of ‘Behold The Swine’, the first track we jammed together, and I knew we were on to something. We carried on writing, found the other lads and haven’t looked back since.

Just introduce us to Conjurer, in terms of who does what?

Dan and I are on guitar and vocals, a first doing vocals for either of us. We got in Jan Krause, the drummer from Dan’s old death metal band, who’s one of the most incredible musicians I’ve had the privilege of working with. 4(5)-string rumble comes from Andy Price, who’s been hitting the scene in Bludger, Finish Him and Ashes Of Maybelle for years: someone else we were a fan of and managed to convince to get involved!

Just tell us a little about the songwriting process with Conjurer, is it a collective thing?

It started with some shells of songs that Dan and I wrote which we then brought to the band. From there we evolved and perfected them as a group and we’re finally at the point where we’re writing again, which is really refreshing. We’re mixing it up now, still writing on our own, but usually just coming together with a few ideas and jamming it out: it’s a lot more organic.

Having enjoyed seeing you perform a few times now, it seems that you’re approach is very dark, nihilistic and black metal in spirit. What influences could you put forward?

Our pool of influences is absolutely massive, and we all like vastly different stuff within the band but I guess the biggest influences on our sound would be Armed For Apocalypse, Converge, Mastodon and Gojira… it’s a tricky one because we regularly get told that we don’t really sound like any one of those, which we see as a good thing, but it makes us tricky to pigeonhole. We just try and make music that we’d want to hear as fans, but for ourselves. That said, Dan and I pretty much just listen to The Decemberists, which I would advise everyone to do.

Is it fair to say that the Birmingham underground scene seems pretty vibrant with opportunities to play at places like Scruffy Murphy’s, The Rainbow and The Flapper?

The Midlands scene in general is strong for underground metal. There are some quality bands and promoters out there. The venues that Birmingham has to offer are decent too, we’ve been lucky enough to hit them all up so far (Flapper in November) and just to see the regular faces that support the scene is great. 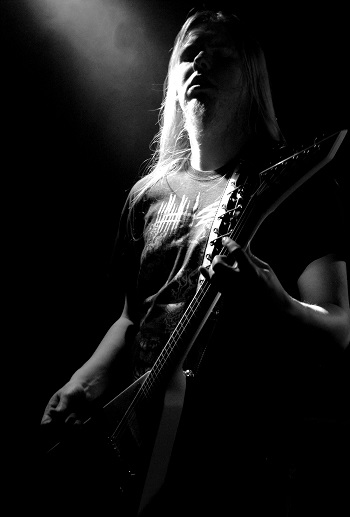 I understand that you’re involved with local promotions company Surprise You’re Dead Music? Would you like to shed some light on that venture and tell us if it any way helps with Conjurer?

Yeah, we put on shows in the Midlands, mainly the Birmingham area but are in the process of pushing out further afield. It’s been really cool, starting independent, and getting the reception and turnouts we’ve had for shows. Frank Carter & The Rattlesnakes the other week was a real highlight, so many people came away saying it was one of the best gigs they’d ever been to, which is pretty much the biggest compliment we could get; although all credit to Frank! With regards to Conjurer, of course it helps! We’ve been lucky enough to make a lot of contacts through what I do and people have been very supportive, it’s a great position to be in.

You’ve been active on the local scene for the past 18 months or so – can you tell us of any gig highlights away from the West Midlands so far?

Actually, it’s not been anywhere near that long, out first show (which you reviewed, cheers for that!) was on 1 February this year! That said, we have managed to get out there a fair bit. Our first London show with The Great Old Ones was absolutely superb and our first weekender, which was mainly in Wales, at these tiny pub venues was certainly an experience. We love playing shows like that: real old school, hardcore, floor-show vibe.

Will there be an opportunity to actually set up a string of dates for a UK tour or are you happy to just play the occasional gig for now?

It’s a tricky one because, at the stage we’re at, a UK tour would just be more smaller venues and asking promoters to pull for us, which isn’t really fair on them. What we’re trying to do is secure slots on all-dayers and decent supports in major music hubs. Until we have some material out and enough merch on sale to hopefully cover petrol, a UK Tour, as great as that sounds, is just a big void to throw money into. Hopefully in a year’s time, we’ll be able to jump onto a bigger tour but we’re happy doing our thing as it is for now!

Have Conjurer got any recording plans?

Yeah, we’ve got a studio booked for September which we’re keeping hush hush until closer to the time. I will say it’s with one of the most exciting producers in the UK right now and that we’ll be doing an EP… honestly, we’re so excited!

Would any releases be self-released or have there been any labels interested?

This isn’t even something we’ve spoken about as a group yet. I’d like to work with a cool independent label that really gets what we’re about but it all depends on timing, money and how the EP turns out I guess. I’m confident though, I’m just excited to people to hear what we’ve been working on more than anything else!

No problem, any time mate. Yes, Midlands-wise, we’ve got a few shows coming up: Sunday 11 October, we’re hitting up FearFest, one of Birmingham’s best underground festivals at The Asylum: Witchsorrow and Benediction are headlining so you know it’s going to be nuts! And then Friday 13 November at Firebug in Leicester with Gehtika as well as Morgue Orgy and Cambion: easily one of the best ‘local’ line-ups I’ve seen is a good while, and then 14 November at The Flapper with the mighty Reign Of Fury. So yeah, a fair amount coming up over the rest of the year across the UK too, the obvious highlight for us is going to be opening for Celeste at The Underworld in Camden… proper dream-come-true moment! Also, cheeky plug here, we’ve just released some t-shirts which are available from our Facebook page!

Thanks for taking the time to chat to us Paul, and thanks to MR: great to see a site so invested in local music! 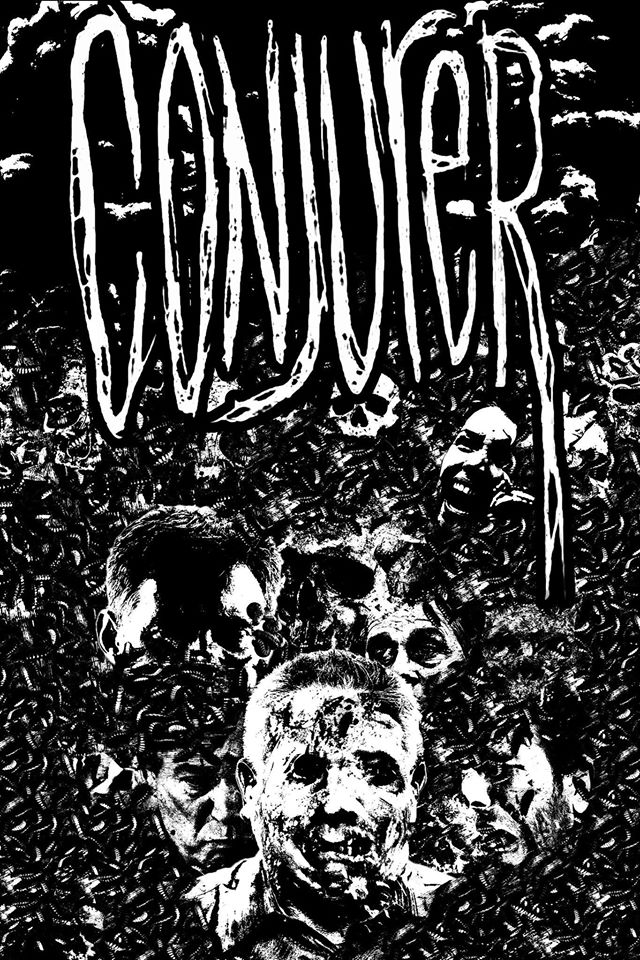