“It shows more dedication to put out a real release with real cover artwork, etc.”

Thank you very much for taking time out for this interview and congratulations on On Death’s Wings (reviewed here). On the album, there is material originally recorded between 2008 and 2009 and additional material from 2012 and 2014. Why did you choose to hold on to the earlier material for so long?

It took some time to get the lyrics to a form that pleased me. Instruments were recorded in ’08 – ’09 and vocals for the first time in late ’12. I wasn’t quite satisfied with them so I decided to re-record them and as I wasn’t in a hurry I recorded them again in early ’14. Between the start and finish of the recordings, I also made much other music so those also took some time from finishing the album.

What is it that ties the material together? Is there a common theme or philosophy that links them?

Death in its various manifestations is the common theme. I try to explore death’s mystery in different levels and angles, be they physical, emotional, mental or spiritual.

How did you come to work with Saturnal Records for the album’s release?

They released our second album and two EPs as Saturnian Productions so it was quite a natural choice. Also the deal they proposed was to my liking. Now as the album is out and I’ve seen the effort they’ve put to promotion etc. I couldn’t be happier.

Despite being comprised of material created over a six year span, the album has a very coherent feel to it, as if all the tracks were designed with a common theme in mind. When you were putting the album together, did you have a clear idea of what you wanted it to sound like did it evolve as you were compiling it?

The material itself was composed in 2005-2008 so it didn’t take quite so long to compose and in turn explains more the coherence. I don’t usually have any clear idea when I compose songs to where they go in the end. After I have a few songs finished I start to think about if they should go to an EP or to an album etc.

Can you tell us about the artwork? Who designed it and what was it that drew you to them for On Death’s Wings?

The photos were taken by Maija Lahtinen and general lay-out and design by Juho Tarvainen of Saturnal Records. I admired Maija’s photography for years so I decided to ask her if she’d be interested in taking some photos for the album.

I gave only some vague suggestion about the photos and for the lay-out and booklet art I gave total freedom. Both of them came out perfect.

Blood Red Fog have a number of EPs and split releases in their back catalogue. What do you find appealing about these formats?

The shorter duration gives more freedom to try different things not necessarily suitable for a longer release. I have tried before different compositional and recording techniques and will in the future too. I don’t want to have side projects to try these things, but to keep them in BRF even if they at times differ from the usual.

What influences your choice of who your release a split with?

First and foremost I have to like the band of course and at least until now I have done splits only with bands that I’m in personal contact with.

Blood Red Fog has been making black metal since 2004. Musically speaking, how has the band evolved during that time?

The core of the band has remained the same and this style of mid tempo, simple, melancholic black metal is what we’ll do in the future too. I think the most obvious evolution has happened in the song writing. The songs are more varied, flow better and are no more unnecessarily monotonous. Also the playing is better now than at the beginning as when I started the band I did all the instruments whereas now we are a full band. 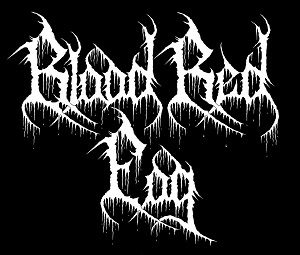 It has its positive and negative sides. Now it’s much easier to get to know new bands and webzines are a good way to get to know deeper the interesting bands. On the downside now it’s so easy to set up, for example, a Bandcamp site and upload some half-finished demo of a demo and answer to criticism with “it’s not finished yet” or some other bullshit excuse. Even if the demo would be well done otherwise, I rarely listen to new demo bands online. I need to have the demo in physical format to fully appreciate it. It also shows more dedication to put out a real release with real cover artwork etc.

Some yes. A gig celebrating the release is being held on 6 June in Tampere. We are doing a mini tour with Blackdeath this coming fall and a few gigs abroad are in the works. No festivals unfortunately this year. It would be great to come and play there but nothing is planned at this time

What does the future hold for Blood Red Fog? Is there more music in the works?

A few splits are coming hopefully this year; the other was recorded already in 2006 and the other this year. We are also recording our fourth album at the moment and some ideas about future releases have come to my mind.

Thanks for the interview! For fans of traditional doom metal, remember the name John the Baptist. We are recording our debut release this summer and you won’t be disappointed.