“This path fades in blood-soiled snow, but other trails appear…”

Thank you very much for taking time out for this interview and congratulations on Thrones (reviewed here). To begin, can you tell us what you set out to achieve with the album? Did you have a clear idea of what you wanted for this record?

I set out for an apocalyptic funeral, a monolithic conclusion to the journey I undertook these last few years. With no definite designs but yet with a clear vision, Thrones unfolded of its own into a glacial painting of solitude, embittered glory and purifying destruction.

Does Thrones mark a development since 2011’s Yearning?

I imagine it objectively shows a tremendous step forward in terms of focus, coldness and fury, compared to the lavish, warm and almost mild debut album.

Can you tell us about the album title, what it means, and how it relates to the music and the lyrics on the album?

Thrones of iron and ice, of earth and blood, to establish our dominions anew, first within our minds, and subsequently without; to banish the enemy in ourselves before conquering back our realms. To behold purity and glory in Nature.

The visual representations of Thrones speak for themselves; each piece is related to its own hymn and words.

Tern from Ukraine crafted these with typical European genius. His work is mostly known through the Drudkh and Astrofaes records, and more recently the Ildjarn reissues. I got in contact with him through the medium of Roman S. and thanks to Eisenwald. Trusting his talent, the only requirement that I had was to read the lyrics to better absorb the Essence of each piece, which he did, resulting in these stripped-down, harsh yet rich artworks.

Drummer Fog recently joined Aurvandil. What drew you to him to ask him to play on the album? And what did he bring to the music?

I recorded some music in his studio a few years ago and we rapidly developed a bond thanks to our kindred spirits, his talent, seriousness, and morbid humour. His input is highly valued, whether it be his devastating war-hammers and subterranean pulse, or his pertinent advice for arrangements.

Is there an ideology or philosophy that underpins your music? If so, how does it inform the writing?

The spirit behind the soundscapes evolved from adolescent hatred and yearning, into potent and rational ire and empowering love for soil and blood. The words are subtle yet clear, I trust anyone interested will know how to interpret them.

Why choose to write in English? 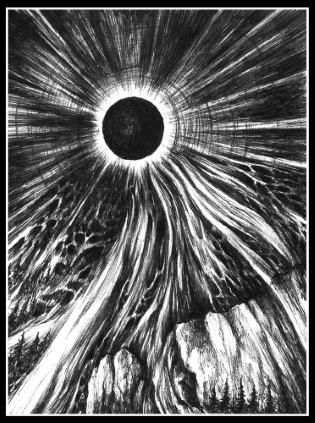 The continuation of an adolescent default choice. Aurvandil was created in a time when my readings and surroundings were English-speaking. I do believe in the perpetuation of one’s own language and all cultural particularisms; with the dimming of Aurvandil’s light, this cognitive dissonance becomes obsolete.

How do you approach composition of your music? Do you have an idea of how you want the songs and your albums to sound or do they take shape as they are being developed?

The songs unfold themselves from a very rough overall feel, through riff-development and instrumental arrangements. Spontaneity remains the key.

Your albums plot an arduous path through suffering. Is there a path they each represent?

Indeed there is. Yearning is a cohesive collection of Aurvandil’s very early compositions, as such depicting the initiation journey into the darkness, the questioning of all things, the thirst for higher ideals and the vivid reactions provoked by this quest. Thrones is the logical conclusion to the voyage, where the youth is shed and all flesh is left behind, where bitterness swallows yearning, where disillusion drowns hope, and yet where strength and purity lay enshrined in the face of Death and entropy. Solemn and austere, come what may.

Outside of music, are there any significant influences – art, literature, etc. – for Aurvandil?

Aurvandil is a very cerebral creation shaped by archetypes, their causes and consequences. These are not related to cultural productions but by the absurdity of the modern world and the struggle inherent to existence. As such, the single most important influence feeding Aurvandil is reality itself.

Aurvandil’s first release was in 2007. How has the band and its music developed since that time?

From stumbling and clumsy melodic musings, to dreams of Iron and Ice, Aurvandil has followed my path of paradoxical enlightening through doubt. In terms of musical evolution, the naïve yet powerful lead-fuelled guitar epics slowly gave way to harsher martial hymns rid with despair and determination. Stripped-down yet essential, the marrow of the Black Metal I forge. 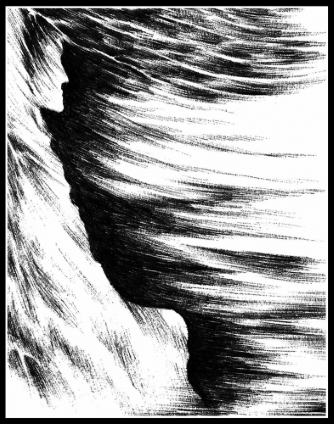 What do you find to be the pros and cons of working by yourself?

On the positive aspects: fewer compromises, honest and personal output. On the negative ones: technical execution, lack of hindsight and distance.

Rock and metal, once deemed “dangerous” by the powers that be, are becoming more acceptable and are now part of the mainstream. Black metal too has become significantly less underground than it once was. Has black metal lost its potency?

While rock-based (and metal) music stemmed from free-spirited innovation, it was almost instantly channelled into inoffensive outlets controlled by these “powers that be”, to be sold to successive waves of angst-ridden, consumerist youth. Independent minds have had an important impact, but most of the most extreme acts never really got past the novelty act / entertainment status, so allow me to smile at the assumed-dangerousness of Metal. It’s all fucking theatrics.

True Black Metal (pardon the now-mocked adjective) never lost its potency; it simply never was where most people sought it.

What does the future hold for Aurvandil? Is there more material in the works?

As hinted out in the promo text and throughout this exchange, Aurvandil’s journey reaches an end. This path fades in blood-soiled snow, but other trails appear…

Keep faith, do not lose ground.