Finish progressive metal band Insomnium is back with their eight studio album, Heart Like a Grave. They have produced yet another masterpiece that digs deeper into their roots and is the logical culmination of their 22-year career. With a European tour starting on 12th November in Paris (with support act Stamina), there is a feast for the fans of this genre to look forward to.

After their latest release three years ago, Winter’s Gate, consisting of one long track (reviewed by us here), Insomnium have produced a full ten-piece album which is true epic journey through Finnish melancholy, inspired by dark Scandinavian tales, lyrics and poems.

The compositions are elaborate, complicated and tasteful. Each song goes through various stages, perfectly organised and mixing up different styles, paces, techniques and moods. This is their signature sound and is evident from the word go. The opening track is classically built: starting with a beautiful piano and violin solo, building up with keyboards and drums, and eventually blowing up with rough vocals and heavy music in full swing, still underplayed by beautiful keyboards, good melody and chorus.

The vocal work is particularly interesting to observe in this album. There is no one style of singing. Some tracks start off with harsh vocals, then “normal” (clear) vocals join in (which are very typical for the Scandinavian prog metal stream on the whole), creating a bizarre kind of duet which works particularly well in some mysterious way. In songs such as ‘Heart Like a Grave’, starting in a classical way, the clear music somehow does not clash with the harsh vocals. Insominum seem to have found the magical formula for blending rough vocals with multi layered chorus and clear/traditional prog metal. This is one of the many perfect compositions in this album, with different sections flowing into each other with building up rhythm and guitar solos. The album boasts abundance of masterful choruses and harmonies, as  expected from the genre.

Once the album is well underway, the typical canvas crystalises: power metal drum and guitar unity underplayed by strong melodies brought to the listener either instrumentally or vocally. The album is very interesting to listen to and would satisfy different kind of tastes – from melodic rock/prog to death/black/thrash metal.

The intros are particularly delicious, with some blasting speedy power (‘Neverlast’), or brief lyrical opening overtaken by power guitars, still maintaining melodic sound (‘Pale Morning Star’, ‘Mute Is My Sorrow’). Brief acoustic episodes act like bridges to the next stages of the songs, glueing the pieces of the tracks together (‘’Mute Is My Sorrow’ and ‘Heart Like a Grave’ ).

Styles vary and take turns, making this CD a discerned pleasure for the curious listener. After some angelic singing, you will hear power metal with soaring melodic guitars (‘Pale Morning Star’), which in turn will blend into yet another mood and melody. Melancholic episodes do not last long; they are soon followed by typical power metal drum and bass unison supported by steady lead guitar display (‘Mute Is My Sorrow’). There is also a track that could technically be called a ballad, ‘And Bells They Toll’, which is a non-traditional one but a particularly beautiful piece. There is a variety of tempos as well; ‘The Offering’ being mid paced, still heavy enough (with the compulsory rough vocals) and, as always, underlined with a clear melodic line. The amalgamation of styles evidenced here can be illustrated with the signature track ‘Mute Is My Sorrow’, where the mood eventually flows into a dark, near sinister territory, and a reminiscence cannot be helped to Stratovarius’ best years (the ‘Twilight’ album).

The instrumental ‘Karelia’ is the perfect ending of a perfect album, written in the tradition of Metallica’s best instrumentals (think ‘Orion’ and ‘The Call of Ktulu’), and one thing can be said for certain: no superlatives would be unjustified for this masterpiece album. 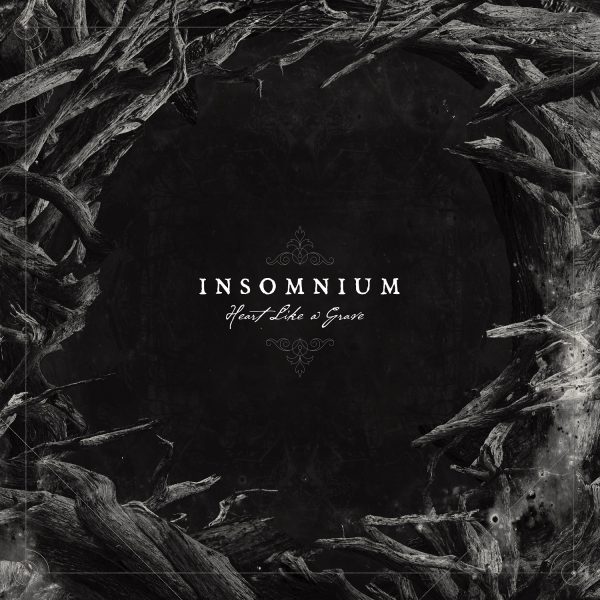