Formed in 2019, straight edge hardcore crew Inclination have wasted little time in coming to prominence as one of the scenes most brutal and uncompromising bands. From their hard-line lyrics to their intransigent sound, everything about this quintet screams extreme, so their debut album had a lot to live up to.

With acoustic guitar and spoken vocals, ‘Unaltered Perspective’ makes for a haunting introduction to the world of Inclination. It’s a 60-second manifesto that succinctly sets out the band’s stall and sends out the message that this isn’t going to be no ordinary hardcore romp. A wave of feedback appears to hint at the coming storm, but nothing can really prepare us for the sonic assault that is ‘Epidemic’. The twin guitar attack of Peter Katter and Isaac Hales (Knocked Loose) prove themselves to be a pair of riff machines, and they dredge up some of the sickest sounds from who knows where. Through this maelstrom cuts Tyler Short’s throat-shredding vocals; this guy is peeved, and he’s screaming his rage defiantly in the face of an uncaring world. With a filling-loosening bass rumble and a hard-hitting, metronomic drummer ‘Epidemic’ is a metallic bruiser that doesn’t pull any punches…and it’s only the first song!

Inclination closely aligns themselves to the straight edge movement, a scene that reached its peak of popularity in the early ‘90s. It’s from this era that the band draw inspiration, and while the scene might not have the same vogue as it did in its heyday, the world needs that spirit more than ever. With the opiate crisis leaving a trail of devastation across America, Inclination is tackling the problem head on with songs such as ‘Thoughts And Prayers’. Quite understandably, the band aren’t happy about pharmaceutical companies benefiting from the situation, and the rage that seeps through my speakers during ‘Thoughts And Prayers’ is heartfelt and is delivered with a rage that can’t be faked.

The brand of metallic hardcore that Inclination deliver is a dense wall of sound; it’s an impervious as granite, yet the band have a grasp of musical dynamics and there’s ephemeral moments that allow light to flood in. The cascading introduction to ‘Bystander’ creates a foil for the oncoming musical beatdown, while ‘Segue’ is lithe and airy and stands in marked contrast to the ferocious songs which bookend it. Those ‘90s influences come to the fore in a strong sense of melody; many of these songs swing with an almost groove metal vibe (albeit the heavier end of the spectrum, think Exhorder and Pissing Razors). The swing that is inherent in ‘Connections’ is very mosh pit inducing, and is tailor made for windmill kicking and is sure to cause chaos wherever it is unleashed. Inclination’s greatest asset is their willingness to break free of any genre constraints, and the five-minute closer ‘Commitment To Self’ is an epic track that’s almost progressive in nature. It’s a song of many suites that organically shape shifts and has a surprise in its tail that brings the album full circle.

The message that Inclination deliver has never been more relevant, and Unaltered Perspective ensures that it has never sounded better. 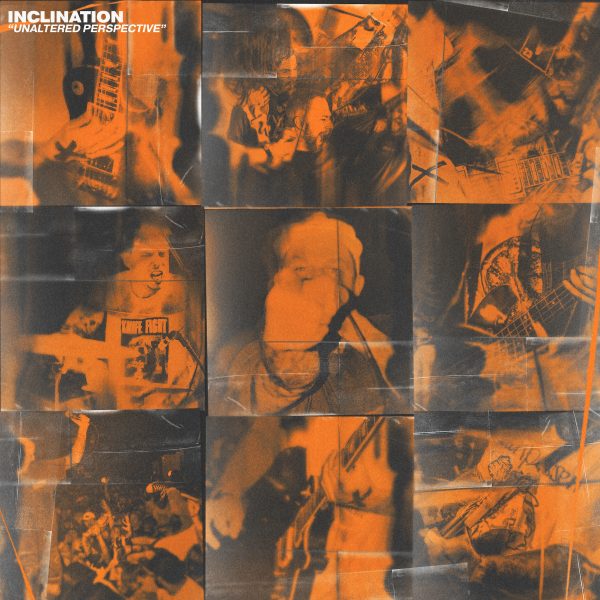