Paul ‘which way’s north?’ Castles finds himself lost In The Woods, but while he’s there still manages to check out the Norwegians’ album Pure, released via Debemur Morti Productions on September 12, 2016

There’s no need to thrash yourself senseless with a branch if In The Woods is a name you’ve not encountered before. In many ways the Norwegians have brought it upon themselves, having always adopted a low-key approach when it comes to any form of promotion. Although a fixture of the black metal scene in their homeland in the 90s they descended a very different musical path than the majority of their contemporaries at that time. They released a couple of strong slabs of black doom in the 90s, but after a third album release at the turn of the millennium effectively vanished from the scene.

Now after a 17-year hiatus the band’s original driving duo, the Botteri brothers (guitar and bass), coupled with drummer Anders Kobro, have decided it’s time to reemerge from the shadows. With the original singer  Jan Kenneth Transeth no long part of the set-up the trio decided that James Fogarty, formerly of The Meads of Asphodel, was the man to fill the void.

So this is very much a new dawn for the band and in many ways a new start too. Fogarty’s voice is full of depth and texture that makes the opening title track, ‘Pure,’ so enticing. Although far from depressive in tone, the album benefits from a few listens, allowing the silky smooth symphonies a little time to work their atmospheric magic. 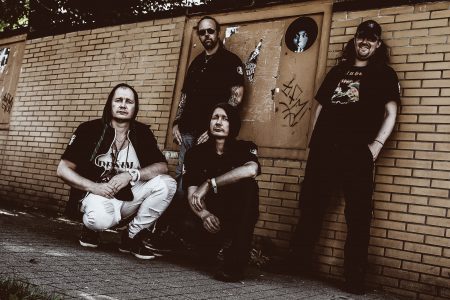 ‘Blue Oceans Rise (Like A War)’ and ‘Devil’s At The Door’ are full of tender twists although the latter does have a few moments where teeth are bared, Fogarty even evolving into a death metal growler at one point. The album brims with heady emotion and the contours around the ballad ‘The Recalcitrant Protagonist’ hang in the air at times, just a gentle rhythm encouraging things along.

‘The Cave of Dreams’ is another captivating piece, full of spiky energy with Fogarty’s vocals full of warmth, that just meander across the well-worn grooves, full of subtleties and clever little turns although on ‘Cult Of Shining Stars’ the tone is yet more exultant with a throbbing riff giving the song much more bite.

In The Woods have always walked their own path, unfettered by thoughts of popularity and easy pickings. Far too simplistic to pigeonhole as a conventional doom band, they’ve always possessed avant-garde qualities with prog leanings. Both of these traits surface on ‘Transmission KRS’, a 10-minute instrumental, full of diverse experimental passages reminiscent at times of their 1997 album Omnio. As its title suggests ‘This Dark Dream’ is full of gothic spirit, one of the album’s angrier tracks with Fogarty’s wonderfully dynamic cries carrying things along against a steady drum roll and thrusting riffs.

The band’s 90’s albums all at various times include some female vocals, although none appear on Pure. That’s no criticism as this remains an intellectually rewarding album, confidently suggesting that the rebirth of In The Woods is undoubtedly cause for celebration. 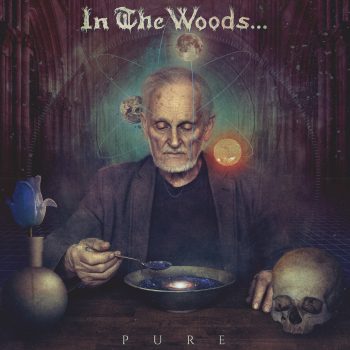