Born from a musical scene of misfits and oddballs Ihsahn stands apart as a true maverick (and that’s saying something). Anyone who has followed Ihsahn’s career knows you should always expect the unexpected as he invites you to follow a trail of vinyl that’s steeped in the avant garde. Telemark is the first of two EP’s to be released in homage to (as the title suggests) his native region of Norway. This EP manages to meld the past to the present with the first three tracks being an exercise in pure Norsk black metal while the two cover versions (one eyebrow raising and beer-spillingly so) are given a modern and expansive production.

Like a blast of arctic air arrives opener ‘Stridig’. Frostbitten and brittle the discordant guitar floats across an icy tundra, as if from a bygone age, and wails like a seductive sirens call. Once you’ve been tempted into Ihsahn’s world the trapdoor shuts behind you in the form of thundering drums that are given extra weight by the heavy riff as the two combine to create a brutal punch. There’s a real organic feel to ‘Stridig’ as it constantly evolves as it shape shifts and uses a range of tonality to alter the listeners perception. Some of twists and turns are simply startling, take for example the almost ambient midsection, full of cascading and swirling guitars it acts as a foil ensuring that when the musical maelstrom returns it’s with the ferocity of a snow blizzard. ‘Stridig’ is a cup that’s overflowing with ideas yet it never seems overly fussy or forced. What holds the song together is the central motif that returns periodically: despite being heavy as hell this track often has an otherworldly quality and you’ll find yourself totally immersed until the riff shocks you back to reality.

On the surface next cut ‘Nord’ seems a more conventional song but dig deeper and listen carefully and you’ll hear an anguished soul, as if trapped under ice, beneath the drum beat. It’s these small nuances inside the bigger picture that make Telemark such an intriguing listen. With a sound akin to a longboat on a choppy ocean ‘Nord’ ebbs and flows in quick-time as choral voices rise and fall with the guitars. The production is suitably big and epic, an iceberg of monolithic proportions that towers over the listener. A call to arms ‘Telemark’ has a military style riff as an elongated intro before evolving into a blastbeat fest that rarely lets up for the following five brutal minutes. Throughout these three tracks the vocals veer between guttural and shrieks but on ‘Telemark’ they also hiss serpent like. I was surprised to learn that this was the first time multi-instrumentalist Vegard Sverre Tveitan had written and sung in his native Norwegian but on tracks that distil the very essence of black metal it makes perfect sense and adds an air authenticity to proceedings.

What follows are two cover versions (the first of which I found rather difficult to get my head around) that stand in marked contrast to the three original tunes. Ihsahn is the kind of artist who often throws curve balls and for the fan it keeps things infinitely interesting but even the most ardent follower surely wouldn’t expect a Lenny Kravitz cover but ‘Rock and Roll is Dead’ follows and, compared to the opening salvos, it does sound vapid and, even aided by a big production, it recalls the 70s rock of Blue Oyster Cult. However nobody was born listening to black metal and (especially pre-internet) exposure to hard rock often came via the mainstream and, on an EP that explores Vegard’s roots, ‘Rock and Roll is Dead’ is an example of entry level rock. Once addicted to metal most of us move onto the harder stuff and that’s what happens here with a cover of Maiden’s ‘Wrathchild’. It’s a faithful repetition but this being an Ihsahn record there’s what sounds like brass added to the chorus!

At present this seems like a rather uneven EP with most of the goodness weighed towards the beginning but I’m sure that when it’s companion piece is released the puzzle will be completed and the riddle solved. 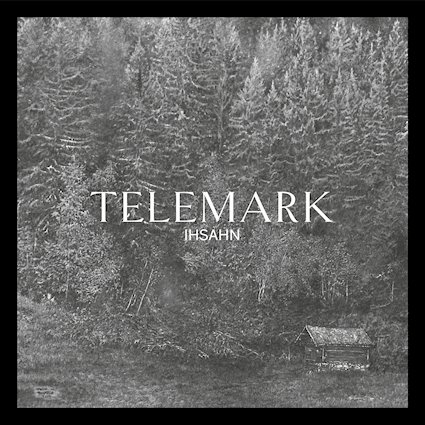