Formed in Essex in 1969 Humble Pie were one of the very first supergroups. They blazed a trail around the world throughout the ‘70s before crashing in true rock n’ roll fashion. Rising phoenix-like in the early ‘80s Humble Pie relocated to the States and the fruits of that sojourn are here in The Atlanta Years.

Often viewed as his ‘Wilderness Years’ the early ‘80s found Steve Marriott relocating to the USA, dropping the prefix ‘super’ and assembling a group of (relatively) unknowns to comprise Humble Pie mark III. Recorded at Pyramid Eye Studios, Tennessee in ‘82 the nine tracks on this first disc were slated for a new album and opening cut, ‘Heartbreaker’ is a strong as anything Marriott has ever recorded. His vocals are a soulful as ever and they overlay a rich, chocolatey sound that’s layered with delicious harmonies. ‘Ain’t You Glad (New York Can’t Talk)’ is a late night cab ride through the Big Apple with its distinctly Taxi Driver vibe while the hard hitting ‘Sweet Nuthins’, heavy on the bottom end, delivers a succession of punches.

The sound of The Atlanta Years is an extension of latter day Small Faces but with a strong twist of Americana. However, ‘Poor Man’s Rich Man’ finds Marriott in full on cheeky Cockney mode to deliver an upbeat tale about wheelin’ and dealin’. Theatrical, and with a touch of ‘Leader Of The Pack’, ‘Middle Age Anxiety’ is all wrapped up in swirling organ and sits easily aside the gospel flavoured ‘Lonely No More’. In fact Humble Pie sound reinvigorated and there’s an energised ‘back to square one’ feel that permeates the whole disc. Steve Marriott’s (in)famous tongue-in-cheek humour is still ever present, most notably on closer ‘Happy Birthday, Birthday Girl’.

Recorded in Cincinnati the second disc comprises of a full on live set that finds Humble Pie in their native environment. There’s perhaps no better way to kick off a gig than with ‘Whatcha Gonna Do About It’ and it sends a capacity crowd suitably ecstatic. While the first disc often veered into soul territory this live set is all rock action with the prominent bass turning ‘Fool For A Pretty Face’ into a real chest thumper. ‘Hallelujah I Love Her So’ has been covered by a multitude of artists but it’s never sounded so raucous (or raunchy) as the version Humble Pie deliver on this sweat soaked evening.

On stage it seems that Humble Pie became a whole different beast with the extended blues jam that is ‘Five Long Years’ drawing favourable comparisons with Led Zeppelin and allows the band to spread their musical wings somewhat. Drum solos are usually my cue to hit the bar but the tub thumping that introduces ‘30 Days In The Hole’ is certainly worthy of your attention. On ‘I Don’t Need No Doctor’ Humble Pie take on W.A.S.P. (and win hands down) and it perfectly encapsulates the bands no nonsense brand of rock n’ roll that later reverberated with the likes of AC/DC. An encore mashes up of ‘Big Train Stops At Memphis’ and ‘Walking The Dog’ and brings the set to a frantic conclusion.

The untimely death of Steve Marriott in 1991 saw the departure of one of rock and rolls true great frontman and if you need evidence of what the fuss is all about, it’s all here in The Atlanta Years. 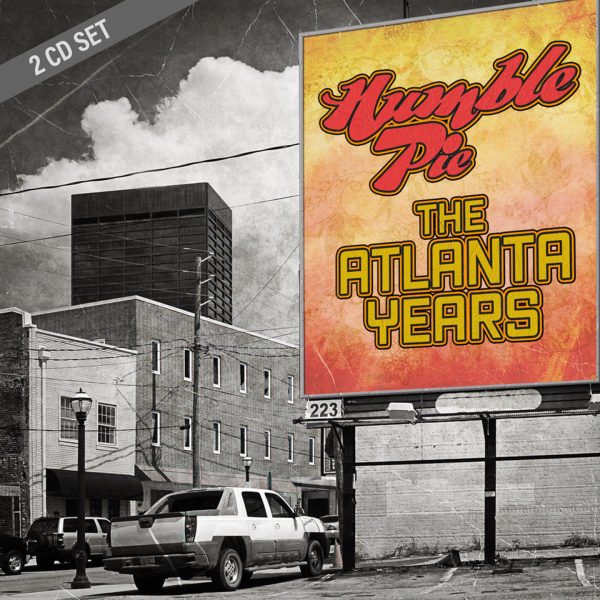