In 1980 many successful seventies’ bands were trying hard to get back in the game, having been pushed to the sidelines during the punk / new wave phenomenon.

This is the background to a 2019 re-release on the SFM label of On To Victory, which was originally released by Humble Pie in 1980. It‘s a fine rock album, and documents the only ever re-union of Humble Pie which included Steve Marriott

It was to be a successful two year re-union. While it never reached the stadium headlining heights of before – it spawned a couple of very good albums and several US tours.

Legend has it that a Friday meeting with Aerosmith Management Steve Leber and David Krebs resulted in a challenge to go write a hit single over the weekend so that it could be recorded Monday morning. This resulted in the album opener “Fool For A Pretty Face”, which belongs in the top echelon of anything Steve ever did. It got the reformed band plenty of airplay, particularly in the New York area. It would also feature in Steve’s solo gigs for the rest of his life.

The rest of the album is strong – mainly riff based rock, self penned with a few soul covers thrown in. “Infatuation” is a stand-out in classic Humble Pie form, as is Otis Redding’s “My Lover’s Prayer” and Allen Toussaint / Aaron Neville’s “Over You”

As expected, the main draw is Steve Marriott’s vocals. The man may have been past his peak but he could hold an audience like no other. 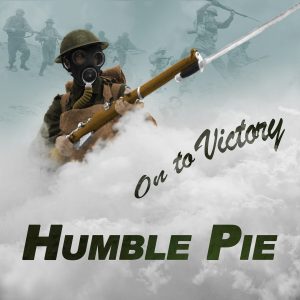