The Humble Pie re-union in 1980/81 was the only one to include Steve Marriott. It was pretty much USA-based and they signed a record deal with ATCO under Aerosmith Management Steve Leber and David Krebs.

They were no longer a stadium headlining concern, but boy they could still rock out, with many great gigs and a couple of fine albums On To Victory and Go For The Throat. With Marriott’s peerless vocals and stagecraft, they weren’t going to fail.

However, too much time on the road didn’t entirely agree with Steve’s excesses. Bad behaviour led to major insulting of Record Company Execs, and leaving the band with a record being released and no Record Company promotion.

However, I’ve always considered it a hidden gem.

The opener “All Shook Up” demonstrates Marriott’s genius for arrangement. This is not so much a cover as a reconstruction – and it stayed in Steve’s solo stage show for many years. “Teenage Anxiety” ranks in the upper echelon of his songwriting – it’s a sobering tribute to John Lennon shortly after his death. Talking about upper echelon songwriting ….. they cover the Small Faces “Tin Soldier” here. Despite it being a huge hit in the UK, it was at this point almost unknown in the USA. “Keep it on the Island” reprises Steve’s Artful Dodger cockney roots, and is a forerunner of his solo career to come.

“Lottie and the Charcoal Queen” takes an unreleased single from an ill-fated Marriott reunion with Ronnie Lane a few years earlier called “Lonely No More”. Humble Pie mutate it into a completely different rock song. “Lottie” is very good. “Lonely No More” would have been brilliant.

Steve Marriott was about to experience some of the toughest times of his career, before coming back with Packet of Three to a much more successful period. But at all points of his career he was never short of being immensely talented and was completely riveting / peerless in the live arena.

They broke the mould after Steve passed. 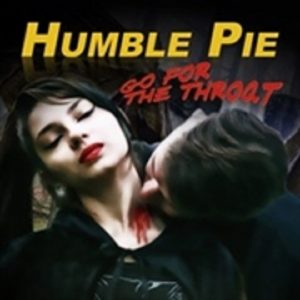