Primitive and atmospheric bile of the blackest order…

Eight years after the Pissing Incest on the Virginborn­ EP – what a killer title! – and Canada’s Hostium are releasing their first full length album, the gorily and grapely entitled The Bloodwine of Satan. Maybe they forgot that they were a band or something because it wasn’t until 2013 that rehearsals resumed and mainstays Luzifaust and Necromvermin turned to bassist Chernobog (of their other band Nordwind) to flesh out the bottom end of their blackened endeavours and begin the work proper and play a few “local live rituals”. And well, if you couldn’t blow me down with a puff of black smoke, it’s a pretty good slab of primitive and atmospheric bile of the blackest order.

With an almost three minute introduction of captivating doom and gloom, opener ‘Through Realms Of Oblivion’ sets the mood: dark, dingy, and desolate. And then devastation is unleashed in a barrage of fiery riffs, manic drumming and a hauntingly fierce vocal and Hostium’s sound is given shape. While not original, it bears the might and the murkiness that black metal embodies and so with ‘Holy Spirit of Satan’, the band digs deep and urges ruthlessly onward with a hammering track. by ‘Bloodline Chalice’, two things are apparent. The first is that Hostium are adept musicians with a distinct skill in both dynamic control and crafting compelling structures. The second is that this album isn’t going to stray too far from the blackened path that we are all too familiar with.

But where most bands would easily fall foul of this and produce a mediocre album of BM worship and imitation, Hostium manage – at least for the most part – to harness the powers that they revere and craft track after track of solid black metal. It may well be the case that it becomes familiar by track four but it can’t be denied that the collective musicianship and their song-writing abilities are top notch. With eight years between releases and the band members having a wealth of experience, this could have been much more, but as it stands it’s a solid BM album and worth a blast or two. 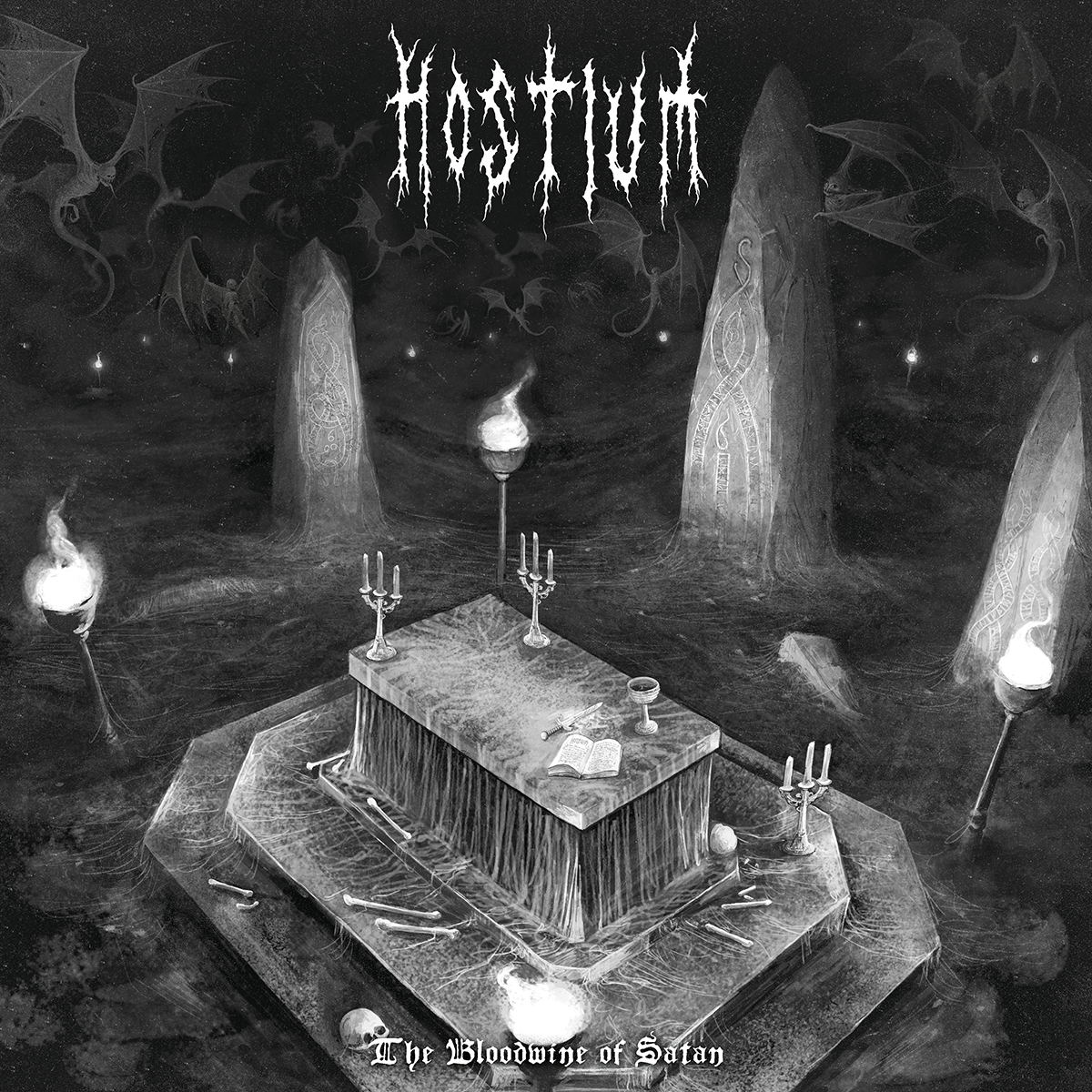