Grand Rapids, Michigan may not be your first thought when thinking metalcore, but it’s time to think again as Hollow Front are bursting out of the River City with their third album, The Price Of Dreaming. Armed with the unshakable confidence of a band who know they’re onto a good thing, this record is a musical blitzkrieg from start to finish.

With no hint of the coming storm, The Price Of Dreaming gets off to a rather sedate start as Tyler Tate’s vocals stand starkly against a crystalline backdrop, before a sonic shift occurs. Like an ocean swallowing an entire town ‘In The Spotlight’ suddenly bursts into life as guttural growls and thunderous drums mean things become decidedly heavy. There’s a push and pull here between the calm and chaotic, as both battle for supremacy, and this tension of opposites will echo throughout the album. The lighter moments are very emotive and employ a timbre that tugs at your heart strings and this makes the hammer blow that is rhythm section Brandon Rummler (bass) and Devin Attard (drums) all the more powerful, meaning that when they hit, they hit hard.

There’s nothing quite like the sound of a metalcore band in full flow and second cut ‘Comatose’ finds Hollow Front in top gear. Certainly not made for somnambulists it arrives like a bullet that’s about to hit you between the eyes, and it’s all the more powerful for it. The addition of keys gives ‘Comatose’ a new, mature texture and provides yet another foil for the heavy passages which gives yet another dimension to this multifaceted album. Like a penny dropped in treacle ‘Thick As Blood’ is rich and luxuriant and, totally encases the listener within its impenetrable walls and ensures there’s no escape (but with music this good why would you want to?).

The Price Of Dreaming is an album that works on two levels; there’s an aggressive, crushing brutality that goes straight for your throat but underneath exists an ethereal beauty that shimmers and adds a little light in the dark. The production is a real boon and ties light and shade into one cohesive whole, however, it veers more towards the darker, heavier side and tracks such as ‘Treading Water’ weigh upon the listener with the force of an entire ocean. Hollow Front are the very epitome of metalcore and marry metal musicianship to hardcore aggression and the slower passages they employ are very conducive to moshing and album closer, ‘Running Away’ is sure to ignite pits wherever it’s played. It’s a fitting finale that pulls all the strands of The Price Of Dreaming together and promises there’s much more to come from this combo.

Hollow Front’s assault on the metal community has been pretty relentless, and with boundless energy they’ve left a tantalising trail of music while simultaneously tearing up stages throughout the U.S. The Price Of Dreaming continues their upward trajectory and should propel them into metal’s top tier. 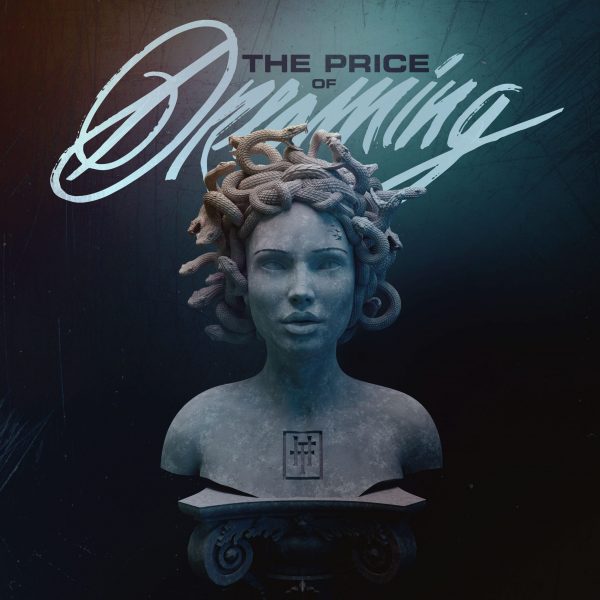