You may have heard of Hollis Brown. Or possibly think you have, they’re named after a Bob Dylan song. Starting out as a classic New York garage band (this album is named after the neighbourhood in Queens they came from) they have, over the years, honed their sound, refining and adding polish, until we arrive at this, their third album.

They describe themselves as one of the last great American rock bands and this as a modern rock classic. Big words to live up to. Plus, they’ve kind of misrepresented themselves. It’s hard to classify this as rock in any way, shape or form – especially classic rock. What this is, (as is their hometown) is a melting pot. A bustling melee of sounds, influences and genres, all given a modern pop sheen.

Opening track ‘Blood From A Stone’ is RnB, indie rock, soul. It’s led by a cool piano riff and is tasteful and slick…bywords, incidentally, for the rest of the album. ‘Stubborn Man’ has echoes of Northern Soul while ‘Do Me Right’ has the urgency and ragged polish of classic Blondie/Roxy Music.

Sadly the album loses momentum, filler begins to creep in. ‘Bad Mistakes’ adds fuzzy scruffiness and ‘Go For It’ brings the funk, but it’s too little too late. As good as some of the songs are individually, the album as a whole is just too bland, too unassuming.

It’s a nigh impossible sound to describe. Modern, yet timeless, it’s hard to pinpoint to any specific sound or genre, and that is one of its failings. It’s anonymous, no colours are tied to its flagpole. It’s Indie, it’s Roots, it’s very contemporary AOR. Razorlight, The Strokes, Kings Of Leon – it’s all (and none) of these. There are good songs, good production, good performances, but it’s just…not enough. 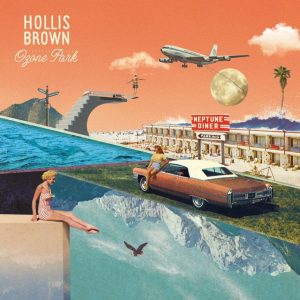