Formed by musicians based in USA, Austria, Norway and France, High Castle Teleorkestra consists of members of such very-not-normal bands as Estradasphere, Don Salsa, Secret Chiefs 3, Umlaut, Mr. Bungle, Traun, Farmers Market, and Probosci. Coming together during a period when the world lost its collective tiny mind – i.e., the pandemic – to produce their debut album, The Egg That Never Opened, this experimental/metal/folk fusion sextet supergroup are delightfully and exhilaratingly playful. Jazz, classical, rock, doo-wop, avant-garde, metal, folk and more, this album refuses to sit still. For some, this delectable debut might – will – be a problem. 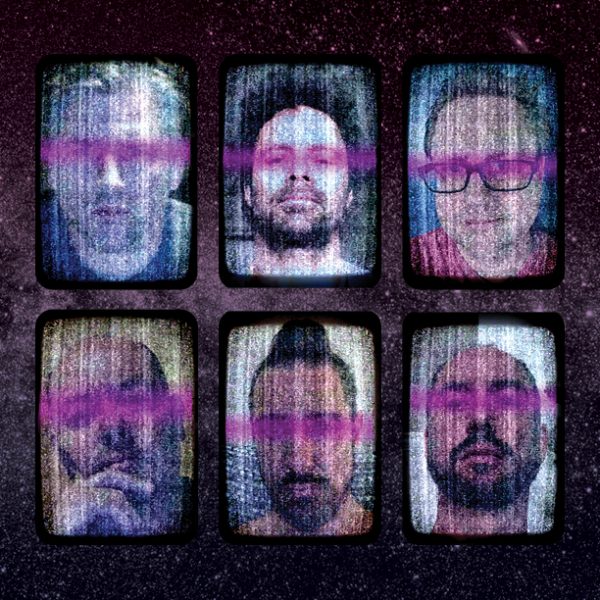 There’s structure, there’s form, there are melodies and harmonies and rhythms aplenty, but they’ve all been deconstructed, reconstructed, sliced and diced, and toyed and tinkled with and thrown against the wall and stomped on and spat on and hammered and trounced and stuck back together to make some mangled shape that is bizarrely and remarkably wonderful to behold. To listen to this album is like flicking between radio stations to find that ten Frankenstein’s monsters in the form of songs have somehow emerged fully (dis)formed. Unorthodox, unconventional, unyielding, and unpredictable, each of the ten creations is a demanding listen, the thunder, lightning and at times very, very frightening topography a troubling yet rewarding expedition.

It’s intense, it’s vibrant, it’s pulsating with a seductive maniacal charm that draws you back time and again. ‘Did I miss something there?’, you might ponder, and upon return, find a slide guitar melody, another Philip K. Dick pearl, or a tropical hotspot concealed behind a wall of palm trees and saxophone and distorted-and-down-tuned death metal splatter that is eclectic and electric. What is astounding is that this album is supposed to sound like this. It’s an utter marvel. And it’s fun! Music is so deadly serious that it forgets it’s got its head up its own backside so much of the time. That’s the egg that never opens. Intense, creative, ambitious, and displaying an insanely high level of musicianship and musical knowledge, High Castle Teleorkestra’s debut is nothing less than outstanding.

Reviewed and revered by Jason Guest