It would take a brave parent to burden their son with the name Herod, in a similar vein to how we see very few little Adolf’s running around our primary school playgrounds. But naming your band Herod, well that’s something else entirely. And thanks to their nasty swirling spheres of antipathy kicked up on Sombre Dessein, Herod are actually well named.

The Swiss outfit were created by guitarist Pierre Carroz who launched the band in 2006 initially as a distraction to the austere weather that seemed in permanent residence outside his Malmo home. But rather than create something warm and cuddly by means of contrast, Pierre instead set about bringing the chill blasts and biting winds to his songwriting.

Herod’s debut album They Were None was released in 2014 but the subsequent departure of the original vocalist forced Herod into rebuild mode. The gap has been filled by Mike Pilat, (ex-The Ocean) who also brings an extra guitar into the fray, thereby creating another layer to Herod’s melting pot of noise which makes this sophomore album a work of even greater intensity.

Sombre Dessein shows how far Herod have come over the past decade or so. While the ‘Fork Tongue Intro’ is a blinding feral feast of aggression and overlapping riffs packed so tightly as to be almost indistinguishable, the song itself develops into a truer representation of what Herod do best; channeled riffage of pernicious power and poise funneled through a wider audio soundscape that while bordering violent at its most savage, nevertheless unleashes some well disguised rhythms. The guest appearance on the song of Carcass guitarist Bill Steer ratchets things up even further.

‘Reckoning’ is another evenly-paced piece, full of biting anger, although with a brief flirtation with intimate clean vocals amidst the otherwise persistent barrage of vocal-chord crushing angst and aggression.

Two of the seven tracks on the album come in at around the 10-minute mark, the first of which is ‘Don’t Speak Last’ which winds softly through the gently meandering instrumental opening until the demons return with ferocious vocal barks, a percussive assault and the kind of riff chugger that forces you to take a step back. The stop-start element certainly carries hints of Meshuggah at their most demonstrative.

‘Silent Truth’ is another rapid fire wrecker while ‘Mourning Grounds’ does not reflect its title at all. It is in fact another barbed barrage with Pilat in meltdown mood at the mic, and as with other tracks dips seamlessly between both English and his native tongue without managing to trip himself up.

Much of the hostility within Herod’s work on this album stems from their despair and frustration at the end of thermo-industrial civilisation. This is represented by the video of the so-called shipbreakers who are paid a pittance to dismantle the long-since shamefully abandoned iron elephants of the sea which end up unwanted on Indian or Bangladeshi shores. “This is hell on earth for the people whose every day work involves constantly risking their lives to feed their families,” says Carroz.

Album closer ‘There Will Be Gods,’ (the other long one) does initially adopt a less confrontational stance, restricting itself to much more melodic threads than much of what has gone before. It’s worth adding that the album was recorded and mixed by Swiss audiophile Julien Fehlman and mastered by Cult of Luna’s Magnus Lindberg.

Released via Pelagic Records on 15 February, 2019 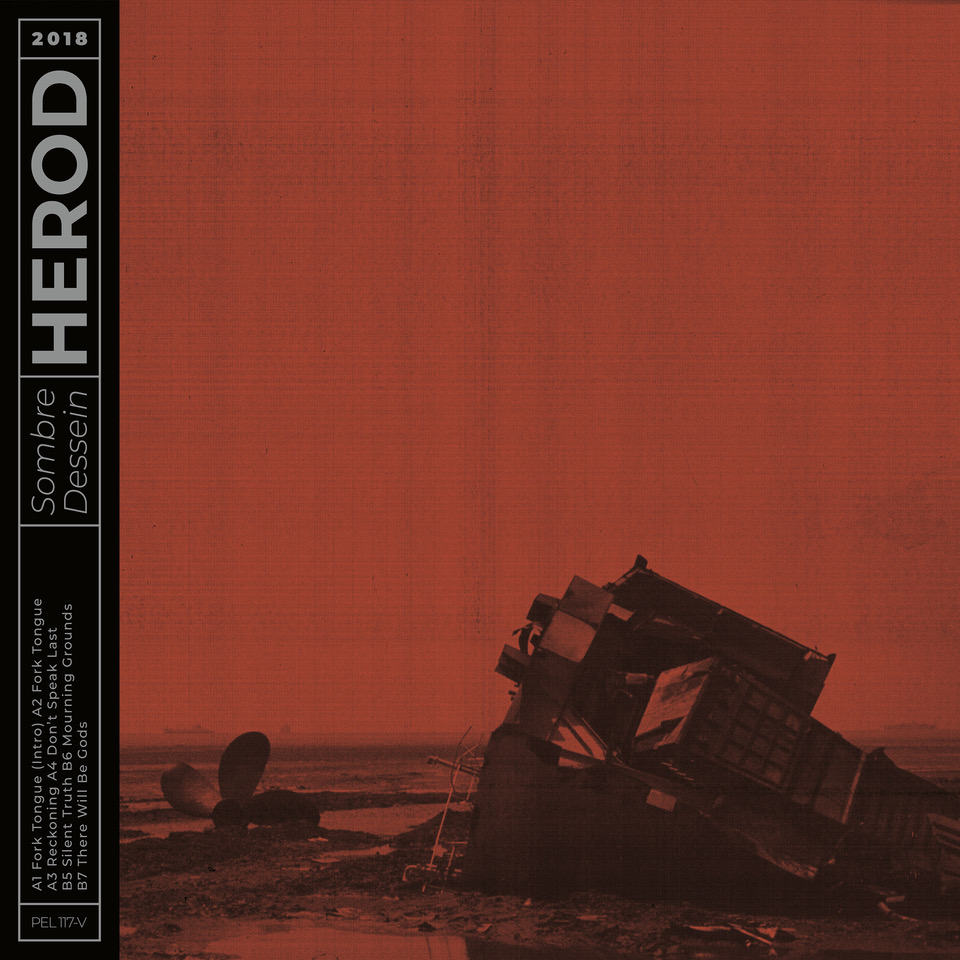