Born in November 1949 (a Scorpio, naturally) drummer Herman Rarebell powered the Scorpions through their most successful period and, in addition to providing some of the most thunderous beats in metal, he also penned lyrics for their best-known songs (‘Make It Real’, ‘Blackout’, ‘Rock You Like A Hurricane’). Now celebrating its ruby anniversary Herman’s debut solo album Nip In The Bud gets a timely reissue and this remaster breathes a new lease of life into this already classic album.

With the push and pull of a chuggy riff Nip In The Bud gets off to the best possible start with the amphetamine charged ‘Messing Around’. Putting the ‘power’ into ‘power trio’ the band conspire to deliver a masterclass in heavy metal. Encapsulating all that’s great about raunchy rock n’ roll ‘Messing Around’ is all an out rocker that twists and turns as if a skier down a slalom. The band display an obvious chemistry which should come as no surprise as Herman and George Philips (bass, vocals) previously played together in Krautrock band RS Rindfleisch and they lock in tightly to create a bombastic sound that could floor even the hardiest metalhead. Doffing his cap to his influences ‘Two Timer’ has a touch of Led Zeppelin, only harder, faster and updated for the early ‘80s. David Cooper’s guitar tone is just right, and his riffs are punctuated by huge white spaces while his solos are suitably spiky and angular.

Apparently, the songs which comprise Nip In The Bud weren’t considered suitable for the Scorpions which is surprising because, a mixture of ballads and rockers, they’d easily slip into Animal Magnetism or Blackout. ‘Havin’ A Good Time’ is one of the former and injects a change of pace which sounds stark after the two opening salvos. However, this album works best when it opens the throttle, as with the aptly titled ‘Rock Your Balls’. Getting low down and dirty ‘Rock Your Balls’ is very much in the vein of Accept and Grave Digger and doesn’t pull any punches; it goes straight in for the kill and leaves the listener feeling slightly punch drunk at its conclusion.

Thankfully, there’s no rampant egos here; Herman’s drums are prominent in the mix but not to the point of overkill. He’s more than happy to let his compatriots have their moment in the spotlight and, despite being billed as a solo release, it has a collaborative feel. Nevertheless, the instrumental ‘Triangle’ is used as a vehicle to showcase Herman’s talents and he’s all over the kit like a rash, a human octopus after too much Ritalin and, as drum solos go, stands tall alongside ‘Moby Dick’ and ‘Bonzo’s Montreux’. This whole album was recorded within two weeks at a 16-track studio and it definitely has a live edge; it’s raw and visceral (but not sloppy) and if you stumbled across this band in some cool club this is exactly how you’d expect them to sound. Sauntering along with a lazy shuffle ‘Do It’ drips with sensuality and is laced with plenty of double entendres. ‘Pancake’ is a delight on the ears and features some fine guitar work and neat bass runs before ‘I’ll Say Goodbye’ brings the album to a rather ominous conclusion.

Housed in a great sleeve (designed by Hipgnosis) Nip In The Bud still sounds fresh, even after four decades and is an essential purchase for Scorpions fans, Herman aficionados and fans of classic rock in general. 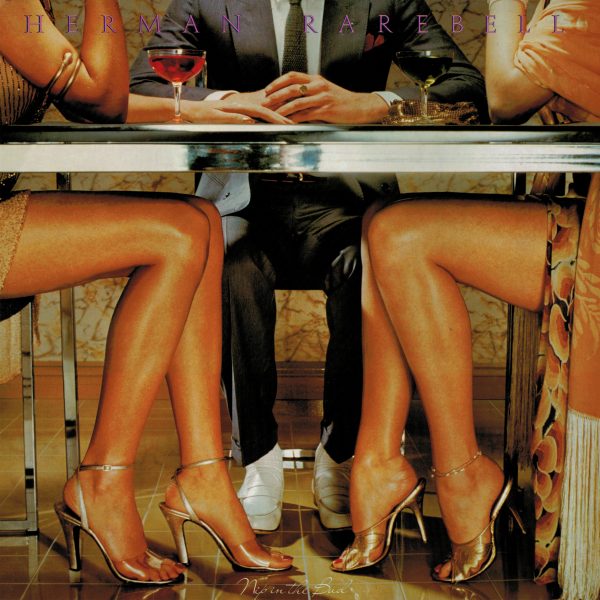