Hedfuzy Self-titled album Hedfuzy, track one ‘Sing’ has a catchy poppy guitar riff, vocals are clear and this starts really promising, melodic with some great guitar melodies accompanying the chorus, most impressive is that sublime bass riff. This is good music with a great song-writing ability. Some tasteful drums and a guitar solo reminiscent of Bumblefoot only add to how majestic this opening track sounds.

‘How to tear your world from my head’ – a great title and the third track of this album. A more moody number but nothing to dislike, the guitar melody resonates before a more aggressive riff kicks changing the songs direction. This is a good track that challenges you as a listener but only for the positive. Very well thought out and there’s a nice touch to the production of this record in general. Fantastic vocals add to this song, soaring over the instruments.

‘The Death’, a lot more positive in its approach, and not what I anticipated from its title. A great song about a relationship break up, this is where the song-writing should be focused, its sheer brilliant and there are many elements of this on the album that are displayed. Genius would be another term that could be used to describe this collection of songs. The layering of instruments and everything that happens in the background only help to accentuate the music at the forefront. Certainly a Steve Vai influence with the guitar.

Track seven is ‘This Broken Throne’. A lot heavier, more aggressive drums than has been heard throughout this album, but the harmony is still maintained with the vocals and that works effectively. It’s got some danger, but is far from standout compared to the previous tracks, they seem to have more attention to detail when coming for a song that could be enjoyed by the general public.

And this brings us to the title track and final track of this masterpiece ‘Hedfuzy’ which does follow how the rest of the album plays out. A great riff and lead guitar draw you in, hypnotic in its approach, it’s almost like being lead into wonderland, you probably shouldn’t go but you’re damn well going to. This is an extravagant piece of work with some great strikes of piano chords are placed nicely within the mix. A nice string arrangement overlays this instrumental masterpiece, it is a work of art, and a very fine one. At times you may thing Les Claypool is playing the bass.

This is masterful musicianship bysomeone who cares, loves and has studied their instruments. There’s a quality to the album that is endearing, certainly worthy of a listen, some tracks would sit nicely in on an episode of FRIENDS (not a criticism) it’s a really well written album for a positive and hopefully lengthy career. It’s hard to believe that Pat Byrne put this altogether as the bands only member but that’s the beauty of music and the beauty of Hedfuzy. Pat Byrne has a head full of mystique and music that could leave your head fuzzy. 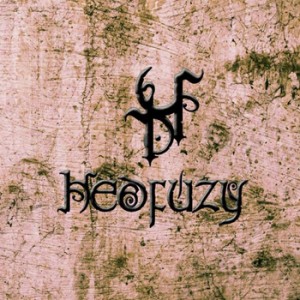