Until now, there hasn’t been a whole lot of music by Hashed Out available on the internet, bar some sweaty footage on YouTube (see above) and a local radio performance available on the Montreal hardcore quintet’s Bandcamp page. The latter in particular showed them as a ferocious force heavily influenced in sound and songwriting by old school bands like Suicidal Tendencies and Black Flag; those influences remain on their debut EP, but the thin production offered by radio set-ups does them injustice, because fuck me have they beefed it up here. Punchy, muscular guitars and aggressive drums provide the manic crossfire befitting the frenzied vocals, and the metallic edge and furious speed will attract as many thrash fans as it will those of crust and d-beat.

The breakneck musical ultra-violence that opens ‘Spent Shell’ sets the pace, and from there on in there’s only room to breathe given by some mid-tempo metal, opening space for lines like “Nothing means nothing / Into the void / Give up / Give in”. Demonic roaring rips through on ‘Your Holiness’, as well as on ‘Total Bore’ which is anything but: immediate, frothing-at-the-mouth deathcore over and done within 75 seconds. The EP’s stunning apex is reached in the closing bars of ‘To The Wolves’, when cymbals are smashed and lead guitars stuff the remaining space with vitriolic white noise.

The six-tracks here form as urgent and venomous a debut you could hope for from a hardcore group; the lyrics, mostly concerning hatred of apathy and the establishment, might not break any new ground, but taken by itself the Hashed Out EP is an adrenalising reminder of why you started hating The Man and jumping into mosh pits in the first place. 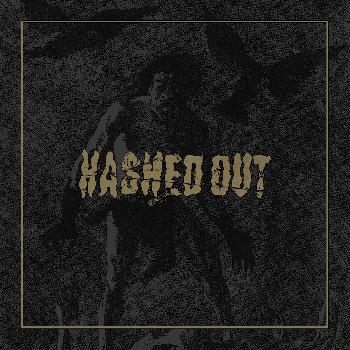