They just get better and better…

Reviewed by Brian McGowan, released by Frontiers Records on 12 May 2017

For those Melodic Rock fans who think the only thing to look forward to is the past, here’s a new album from modern day AOR heroes, Harem Scarem.

The level of expectation is always high among genre aficionados who believe the band’s Mood Swings release (1994) was the pinnacle of post-eighties Melodic Rock. They can be reassured that on this, Harem Scarem’s 14th studio album, the passion burns just as fiercely and the cut diamond choruses shine just as brightly.

Nowadays, they’re not beyond teasing us a little – the oriental accents of Pete Lesperance’s guitar intro on opener ‘United’ might herald a prog metal monster (but don’t). And indeed, two fabulously atypical tracks ‘Gravity’ and ‘The Sky Is Falling’ might make you wish the band had pursued the poppier direction of short-lived alter ego, Rubber. More later.

While many bands continue relentlessly to excavate a 30 year old musical style, Harem Scarem’s high impact hooks and tightly layered harmonies are wrapped up in armour plated arpeggios and move to the beat of a heavy percussive thump. Like all of their albums since the millenium, the songs, like the hardbodied bruisers, ‘No Regrets’, ‘Sinking Ship’ and (the Gun-like) ‘Bite The Bullet’, seem like contemporary products, densely packed, full of soaring, heartstopping hooks and crashing guitars.

Elsewhere, melodic rock cadences swirl and solidify around Harry Hess’s low frequency vocals and Pete Lesperance’s alternately barbed and sweetly melodic axework. The album’s Big Ballad, ‘Life’s Mysteries’ is one of the better you’ll hear this year (or any year). It’s pumped up, vaguely Beatlish, and is full of satisfying chord progressions and key changes. One of those rare AOR songs that causes your breath to hitch in your chest as cascading guitars and doo-wop bgvs launch a dizzying chorus into orbit.

‘Gravity’ and ‘The Sky Is Falling’ suggest the band have been taking songwriting lessons from Roger Manning and/or Rick Neilsen (and maybe Third Matinee). With a charmingly – but nevertheless beefy – retro production sound, it’s so cleanly miked and recorded that the harmonies and the choruses for once (or twice) are unburdened by the weight of your standard bass heavy guitars and rhythmic artillery fire. Strong, graceful, rock’n’roll powerpop, at 4 minutes each they preach melodic rock economy to the ‘more is more’ crowd. And indeed, sound like the construction of a bridge to a higher profile. 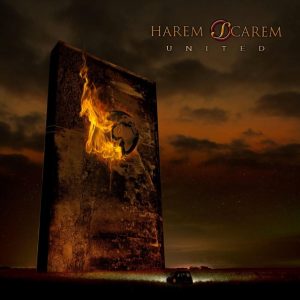