Carlisle’s Hardwicke Circus (aka The Hardwickes) first came on my radar via their exciting debut album, Borderland. Since that album hit the streets, the band have undergone line-up changes which only served to galvanise the group and, as a baptism of fire, the band visited 12 prisons last autumn for a series of intimate gigs. At Her Majesty’s Pleasure captured the quintet at two of those shows and this “official bootleg” live album captures the band in all their unbridled glory.

There’s no prolonged introduction to set the scene, just the delicious riff that heralds the arrival of opening shot ‘Walking On Broken Glass’…and what a riff it is! Hardwicke Circus have a muscular, punchy sound and they soon start throwing their weight around with a sound that’s far bigger than their constituent parts. Jonny Foster’s authoritative vocals ring out, and they are nicely counterpointed by Andy Phillip’s sublime saxophone as drummer Tom Foster and bassist Joe Hurst combine to create a weighty rhythm section that anchors Lewis Bewley-Taylor’s ethereal keys. With Tom and Joe also providing backing vocals Hardwicke Circus are an intriguing tangle of melodic lines and haunting harmonies that intertwine in strange and unexpected ways.

Hardwicke Circus have a sound that’s built for the biggest stages (surely it’s only a matter of time until they’re headlining Reading) but it sounds equally at home in the confines of HMP Standford Hill and HMP Elmley. You can hear some of the great British songwriters in Hardwicke Circus (Ray Davies, Billy Bragg, Mark Knopfler) but they’ve an original thing going on and they sound like no one but themselves. However, the band explore some roots on a choice cover of Bob Dylan’s ‘Highway 61 Revisited’, on which they put their own indelible stamp whist retaining the essence of the original (and that’s how all covers should be handled). It’s to the bands credit that their very own ‘My Sweet Love’ stands shoulder to shoulder with Dylan’s classic, and sounds at home in such illustrious company.

There are a few guest appearances, such as inmate Nazim Uddin who adds some nifty vocals to ‘When The Chips Are Down’ and officer Jamie Childs on the aforementioned ‘Highway 61 Revisited’, both of which add an authentic live feel. And to all intense and purposes this is the quintessential live experience, as Hardwicke Circus showcase some of their best tunes, all of which become more urgent on stage. Case in point being ‘Ballad Of The Gypsy King’, a highlight from the Borderland album, sounds just as good in the live environment when bolstered by a hundred voices singing along. Like early Stones jamming with the Faces, ‘Man Of The Town’ walks with a cool swagger and sets things up nicely for ‘The Weight’. Perhaps best known for appearing on the Easy Rider soundtrack, the context of being performed in prison is particularly pertinent and makes for a fitting closer. 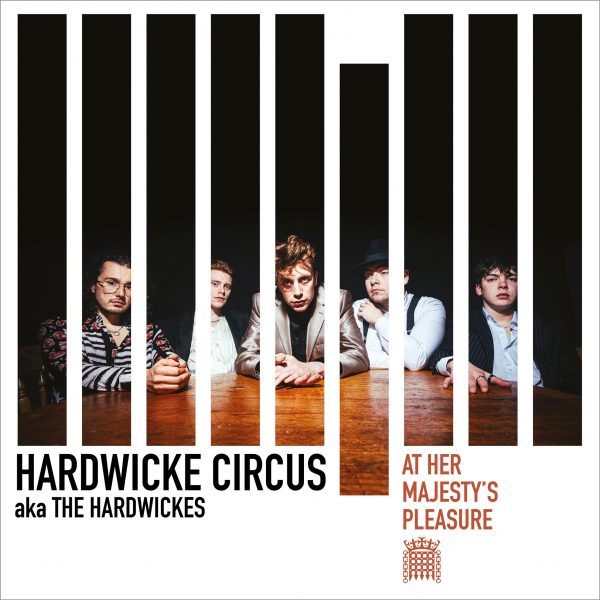