It’s Friday night in Lincoln, and it’s certainly noticeable from a few seconds outside in the harsh, bracing cold, that we’re already well into the depths of winter. There’s that, and the fact that Lincoln has an influx of tourists like no other weekend of the year, but it’s famous Christmas market weekend. The buzz and near 2,000 people around the Engine Shed tonight is of no relation to that, though; they’re all here to celebrate the 25th anniversary of the Happy Mondays’ Pills ‘n’ Thrills and Bellyaches.

Before getting onto that wonderful piece of 90s history, though, we have Scotland’s Pete Macleod to welcome to the stage. He steps on nonchalantly with nothing but his acoustic guitar and after brief introductions, begins to play. He’s huge, echoing vocals and a beautiful guitar sound that lend to the Engine Shed’s fantastic sound, ringing out throughout its arena-like structure. A couple of songs in, his accomplice and owner of the MacBook sat on the stand to his right appears to introduce some expansive, chilled electronic beats. It all sounds huge, particularly on recent single ‘Minotaur’, which has a pulsating bassline that suitably shakes the room. Macleod’s first visit to Lincoln closes on an almost unrecognisable adapted cover of Nirvana’s ‘Dumb’, leaving those that have arrived early tonight pleasantly surprised; and so they should be, too.

Now, for those characters in Happy Mondays. It’s been a quarter of a century since the release of their critically acclaimed platinum-selling album, and what better way to celebrate than to tour the UK with it, and this time, actually being able to remember the experience that follows. We’re on the Mondays’ fourth incarnation and are lucky enough to have the original line up of Pills ‘n’ Thrills, with only the exception of keyboard player Paul Davis.

They chime in with the brilliant album opener ‘Kinky Afro’ and Lincoln breaks into a real party atmosphere, almost (but, not quite) transporting the audience back to their teens in 1990. It’s notable that some of the audience tonight, though, are evidently not as old as the album itself (me included). If nothing else, that speaks volumes for the Mondays’ impact on the music scene throughout the 1990s, or maybe, the younger generation just want see Shaun Ryder in the flesh after his 2010 stint in the ‘I’m A Celebrity…’ jungle. Who knows? He’s still got all of his stage presence, anyway. One hand in pocket, one gripped around his microphone and his feet firmly planted in the centre of the stage as he ambles through 43 minutes of pure brilliance. If running around being an idiot is what you’re looking for, then look no further than the very front of the stage. It’s here where you’ll find hype man Bez ‘dancing’ up and down and incessantly shaking his maracas as if he never even left.

The Mondays lead through the album until they reach ‘Step On’, whereby the room predictably erupts. It’s a song known by millions, known by those that may not even know the Happy Mondays, but it’s played tonight in front of 1,800 people who all fittingly lose their minds for five short minutes. Two songs later and the second side of the LP is all but over, as the band briefly leave the stage. They return for an encore of ‘Wrote For Luck’ and ‘Hallelujah’, which send the crowd into a euphoric state close to that of ‘Step On’ and get them singing in unison like nothing else in the set. There’s a feel good embrace of tonight, and a real Friday night atmosphere that transports everyone back to the brilliance of the 1990 release and away from the horror and reality of late 2015, if only for an hour. It all just feels like a well-needed release and provides a slice of light-hearted fun; that’s what music should be all about, especially concerning an album like this. Here’s to another 25 years of the Happy Mondays. 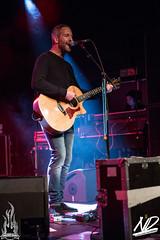 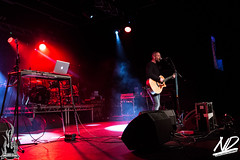 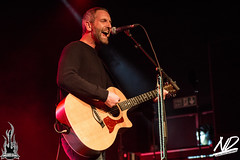 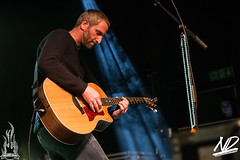 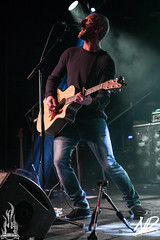 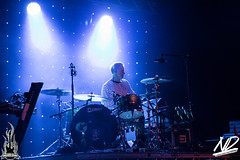 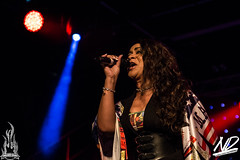 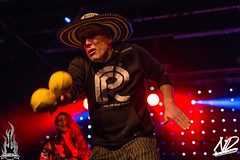 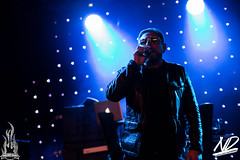 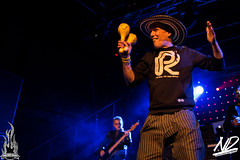 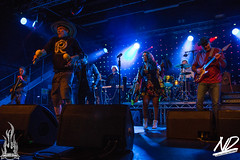 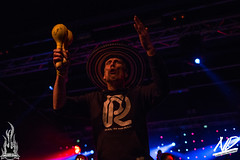 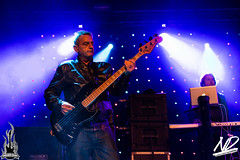 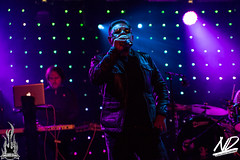 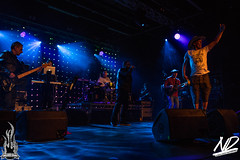 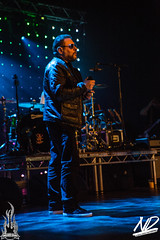 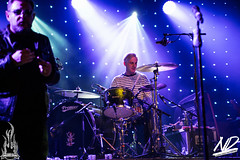 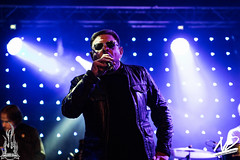 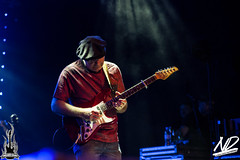 Happy Mondays
Check out all the upcoming shows at...
Our latest gig photos on Flickr