Fifty years on from the release of his eponymous debut album, Hank Marvin releases Gold: a 3CD set that chronicles Hank’s solo career that ran parallel to, and extended beyond, his time with The Shadows. Hank’s uniquely melodic and expressive style provided inspiration for a generation of guitarists including Brian May and Mark Knopfler (both of whom appear here), Mike Oldfield (who covered The Shadows ‘Wonderful Land’ on his album QE2), Tony Iommi and Dave Hill (who cited Hank’s influence in their respective autobiographies) Pete Frampton, Ritchie Blackmore and Neil Young. Such is the reverence with which Hank is regarded by his fellow musicians that his status as one of the all-time great rock n roll guitarists must surely be beyond question.

Listening to Goldas a collective body of work and there are two things that immediately stand out: the first is Hank’s majestic playing throughout and the second is how inventive some of the arrangements are. ‘Hotel California’ trades the duelling guitars of Felder and Walsh for a Latin American feel with some tremendous acoustic guitar flourishes from Hank, ‘Windmills Of Your Mind’ is an up-tempo, heavily percussive interpretation that strips away the introspective lyrics to reveal the beautiful melody underneath whist Hank’s sensitive rendition of ‘Moon River’ is just a joy to listen to.

The Shadows were the first band that I ever saw live (I was 12 years old at the time) and as I was devouring seventies albums like Specs Appealand Tastywhilst simultaneously discovering their extensive back catalogue, I always gravitated towards their original material or lesser known covers. For me, the same holds true with Hank’s solo material and thankfully Goldshowcases this aspect too. ‘Don’t Talk’ was a minor hit in 1982, but it deserved to be a much bigger one. The singles from the Christopher Neil produced All Alone With Friendsare included but even better are two album tracks, ‘Don’t Answer’ and ‘Leila (Danny’s Got A Song For You)’, the latter co-written by Hank, which are enjoyable slices of smooth AOR/pop. It’s also pleasing to see original material from the excellent Hank Marvin Guitar Syndicate album make a rare CD appearance in the form of the funk flavoured ‘Syndicated’.

There are several nods to Hank’s musical past including ‘Nivram’, a fascinating comparison of styles with Mark Knopfler, a delightful slow version of ‘Summer Holiday’ replete with shimmering keyboards and ‘Move It’, which lacks the urgency of the original but cruises along like a vintage sports car with a fine guest vocal from Cliff Richard and a newly written verse adding a nice twist.

As a fan, there are several lesser known tracks that I would like to have seen included too – ‘Morning Star’, ‘New Earth’, ‘The Trouble With Me Is You’, anything from Django’s Castle – but they are all out there waiting to be discovered by those who want to dig a little deeper. As an enjoyable overview of Hank Marvin’s solo work, Goldwill do just fine. 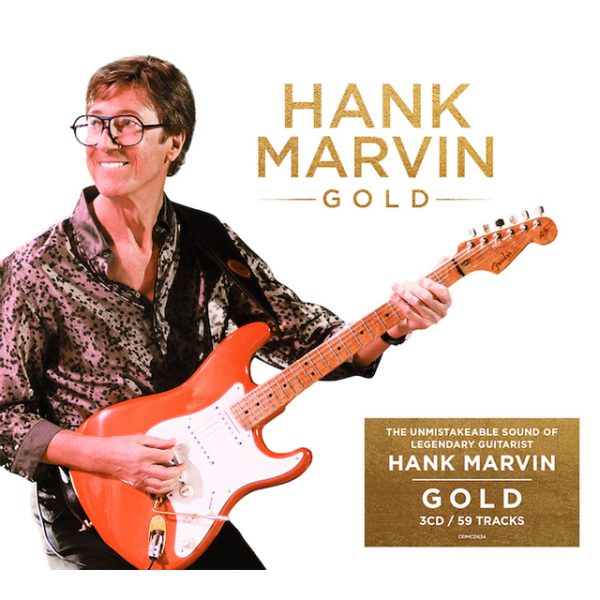