…this album has some serious balls!

It’s a bird! It’s a plane! It’s a monolithic, riff-wielding beast of an album. That’s right, it’s Hang The Bastard, but not as you know them: forget everything you’ve heard before because this is an entirely different beast. From the opening of ‘Keeping Vigil’, it’s clear that this record is something special. An almost ritualistic chant begins what is to be a medieval theme that runs throughout the record, an occultism without being an overtly occult rock band. What it gives way to however, is riffs. Riffs. Let that sink in.

This album contains a lot of riffs. It should come with a warning label. Crushing sludge metal with an ear for a catchy tune: an impressive feat for a band with no clean vocals (bar Mists Of Albion, which is a beautiful reprieve). It is in fact the vocal delivery that sets this record apart from any contemporaries. While the majority of the riffy, stoner crowd go for the either soaring or gritty cleans that the genre’s forefathers standardised, Hang The Bastard pull no punches with vocalist Tomas Hubbard delivery some of the most inhuman black metal rasps this side of Norway. Mixed with bassist Joe Nally’s ferocious bellow and the sheer weight of some of the riffs, this album has some serious balls.

Both ‘Morrs Tempest’ and ‘Hornfel’ drop some riffs that really shouldn’t be allowed near anyone who’s pregnant, suffers from a weak heart or is under 16 (unless accompanied by a responsible adult). Album closer ‘Sweet Mother’ is another gleaming example of how HTB dish out melody and groove in equal measure and lead single ‘Sex In The Seventh Circle’ is one of the most hypnotic releases of the year, albeit a little repetitive.

My one gripe with this record is that I was hoping for a bit more from drummer Simon Grubb. He provides a solid bass for the rest of the band but I’d have loved to hear a bit more variety from him with regards to fill and a bit more deviation from the standard stoner beat, as heard throughout the title track. Considering that’s more of a preference thing, it’s hard to fault what is a complete genre shift and so is basically a debut album from Hand The Bastard. After tours this year with King 810 and Entombed, it will be interesting to see where these lads end up in the next few years and how their follow-up compares. 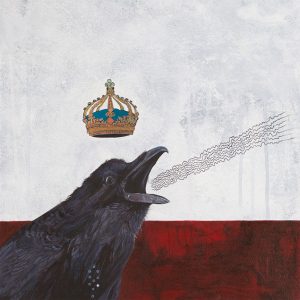