Swedish rockers H.E.A.T’s single ‘Come Clean’ is on air on Planet Rock in prime time (breakfast/drivetime show) weeks before their new album is released. This can only mean one thing: there is a new star shining on the horizon. Just when you thought they had reached their best with their brilliant album Into The Great Unknown (2017), you realise that they are capable of even more: their goal is to reach the very stars. This band is writing history. Without meaning to diminish their uniqueness and originality, I cannot help but think, this is the new Europe.

H.E.A.T. II is a masterpiece. This is the modern-day equivalent to Europe’s Final Countdown, Def Leppard’s Hysteria, Whitesnake’s 1987 album… Classics of the new era of melodic hard rock.

This is an album that will grab you from the first note and will not let you catch your breath. The kind of album you put on repeat and do not get tired of. An album that goes on the same shelf with your all-time favourites and stays there.

This is not something to be listened to in the background. It has got to be enjoyed with undivided attention, speakers on full blast, over and over, to soak up each ounce of raw powerful energy and pure brilliance.

It is impossible to single out a particular track, as they all stand out as hit material in their own rights. When I first listened to this album, I was at the gym. My jaw dropped to the floor: this was the perfect music to pump my blood and give me a rush of adrenaline, hitting directly the bloodstream with the no-warning, full-on-power ‘Rock Your Body’.

There are no elaborate intros and gradual build up here, the tracks grab you from the first notes and keep your full attention throughout. It is pointless even trying to draw analogies either, as what H.E.A.T. have done is put their own stamp on classic hard rock and delved into the territory of power metal. They know what they are doing, effortlessly delivering the best of the best. And you cannot help but believe that they literally aregods, with the triumphant hymn of their confidence and brilliance, ‘We Are Gods’.

And, talking about creating history, the recitative in ‘We Are Gods’ has the potential to be this century’s ‘We Will Rock You’: it is that contagious, powerful and incredible!

Triumph all the way. Kudos, kids, and best of luck conquering the Universe! 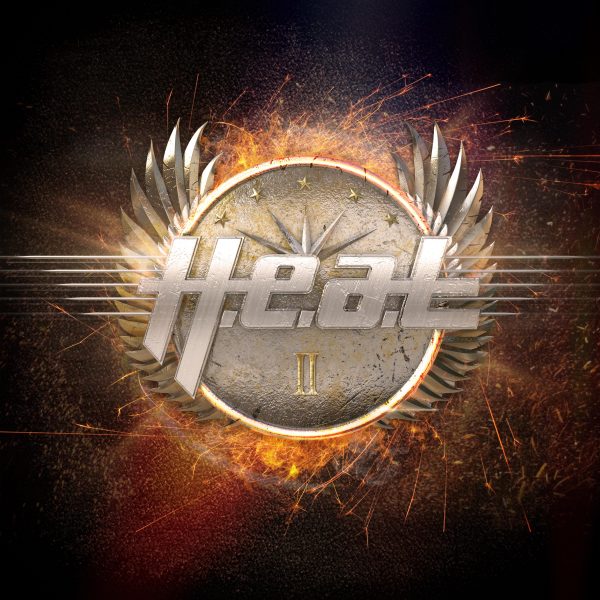