Christian Rock never did get a good press. Even Faith mags were ambivalent. But some bands broke through. Thanks to the impartiality of US FM Radio, a groundswell of popular opinion pushed bands like Petra and Stryper into the public domain. Amazingly, Guardian didn’t make that crucial step. Being good enough was never the question. Even high calibre ‘contemporary rock’ albums like Buzz and Bottle Rocket, released later in the nineties, failed to gain the band any meaningful traction.

Appropriately, some 20 years later, Almost Home carries on where career highpoint, Miracle Mile (1993) left off. Older, wiser now, they have ditched the musical scattergun and a more focused band has emerged. The songs are passionate still, full of faith, hope and sharp observation. But equally, the album is brim-full of nuanced, meticulously fashioned melodic rock, tattooed with sinuous choruses and aurally adhesive hooks.

In many ways, there’s no real change in musical emphasis. Great bands condense all their influences into one cohesive whole, but here Guardian clearly feel they have the freedom to explore their fascination with seventies’ west coast harmony rock and old fashioned romanticism on ‘Wonderful’s blissed out middle eight, and with ‘The Real Me’, sixties’ psychedelia. Fear is pervasive and persistent in American society, and so the exhortation, ”look inside, free your mind’ is just as relevant to Echo Boomers as it was to the hippie culture.

‘King Of Fools’ and ‘Price We Pay’ are probably closest to the melodic rock template of Miracle Mile. The first romps off on an attractively abrasive guitar strut, dropping into a soft centred hook, while the second sets Jamie Rowe’s granular vocals against sweeter textures. Nothing else is quite as conventional. Like ‘Paranoia Kills’… a suitably whipped up maelstrom of tape loops, feedback and white noise with a great rock song at its core. And ‘Free’, a dark, guitar driven melodic rock song in the vein of Harem Scarem, reflecting on a society trapped by the dogma of other people’s politics and the harsh economics of austerity.

Elsewhere, the album’s lyrics are intriguingly ambiguous. The Beatlish ‘Little Things’ could just as easily be about growing old as it could be about the search for salvation. Or maybe the two go hand in hand. Ironically, the lack of acclaim experienced by the band back in the nineties pushed its members into the straight world, where individually they have created considerable personal success. But now, we should be glad the flame that first ignited the band’s affair with great rock music has again sparked into life. And thanks to Kickstarter funding, Almost Home is done and dusted. A label and distribution would be handy though. 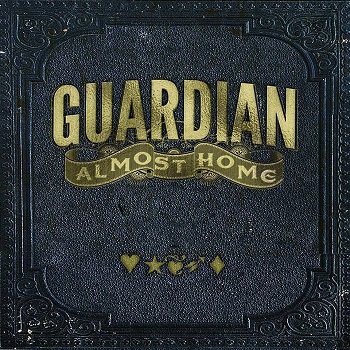