Paul Castles searches in vain for any flickers of light within the new EP from Grim Ravine, released via Black Bow Records on February 17, 2017.

There was some interesting talk recently about using frozen bone marrow discovered in permafrost soil in the Siberian wilderness to clone a woolly mammoth. Good luck with that one fellas! But until you’ve got your ducks in a row I’ll make do with the next best thing, which is the new EP from Grim Ravine.

Other than the absence of long curvatures of ivory this release is probably about as elephantine as you can get right now. Grim Ravine play what can safely be described as ‘monolithic doom’ without fear of anyone challenging it in the courts.

In fact the opener ‘Shrine of Misery’ is so heavy that it’s almost impossible to hold your head up when listening to it. Hirsute levels pretty much mirror that of a woolly mammoth to the extent that you’ll probably have to get the vacuum out after listening to it.

The destructively delightful opener is followed by a two-minute instrumental diversion before ‘Hypernova’ gets us back to Grim Ravine’s metronomic majesty. The bass groove at the start of this number is lower than a snake’s belly and the filthy fuzzed up cloud that it kicks up is little short of a sludge smeared sonic sandstorm.

At 12 minutes the final number ‘Vacant Mass’ is certainly the longest piece here and in places makes elements of the other three tracks appear almost jaunty. This is dark, depressive and so slow as to almost be tripping over its bootlaces.

The crusty vocals sound like a lumbering giant summoning his breakfast, deep rumbling roars rising to the surface while all around the musical waves stagger almost to a halt, such is Grim Ravine’s propensity for doing everything at a pace so slow as to be borderline comatose.

The vocals are strained to the point where they’re in danger of snapping completely, simply providing contorted cries as a semblance of humanity within the thrusting tapestry of sound.

As anyone with even a passing interest in doom should know by now, anything emerging from the stable of Black Bow Records usually merits close investigation. This offering from Grim Ravine is no exception. 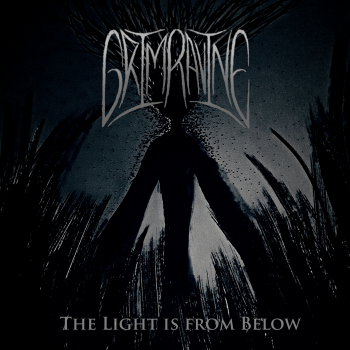