Grave Plague emerged from the death metal cesspits of Ohio in 2015. 2017 and their debut release is upon us. Both tracks twisted, deformed and malformed slabs of chaotic and untamed death metal savagery, all the demons of hell have been summoned forth to battle it out with chainsaw riffs, pneumatic drilled drums and face-tearing, eye-gouging, knee bone-tickling grunts and gargles. Heavier than King Kong’s headstone and as contaminating as a nasty cold in January, this debut 7” promises a dark and deadly future. 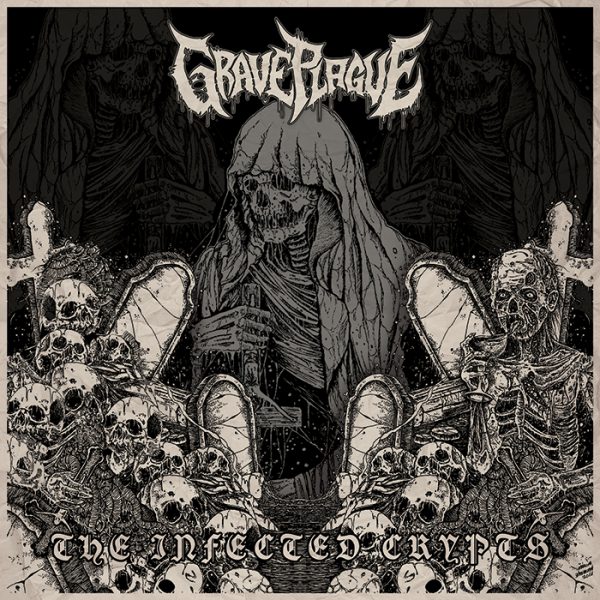