Despite bearing no discernible resemblance to Phil Lynott’s “second rate” Thin Lizzy, this Swedish Grand Slam might attract a sizeable following. Their debut EP, produced by up and coming producer, Erik Wiss, has three tracks. One ok, one pretty good and one outstanding. It adds up to an entry level debut of some promise.

Sweden has been the spiritual home of melodic rock since the nineties, with hundreds of bands seeking to recapture the music of a decade, an era. Too often their music is no more than a talentless re-enactment of the glory years, and some, bless them, are epic fails. A rare few – like Grand Slam – appear to have a grasp that just might be the equal of their reach. That reach doesn’t encompass the addition of anything fresh and bold you understand, and you could argue that the music hides inside the safety of homage, but put that to one side and you can clearly see the band’s ambition.

In order then. ‘Get High’ reveals Andy Sinner’s (why do they anglicise their names!) voice as being less than distinctive, but the track is a grower and Wiss wisely augments the lead with muscular backing vocals, as if nodding to the audience that he knows our first impressions.

The title track, a lovingly structured, keyboard propelled throwback to the grand old days of AOR – much in the expertly executed manner of Firetribe – arrives as an underwhelming, understated wedge of whimsy, but as with the first track, it grows, eventually blossoming into a quietly symphonic slice of melodic rock.

But by a considerable margin, ‘Don’t Leave’ is the EP’s standout track. Much more immediate, transcendent even, it effortlessly creates a bridge with a bluesy, hard rock past. It’s also a powerful piece of songwriting and Wiss ensures that the hook, oscillating between macho and pleading, gets the emphasis it deserves. 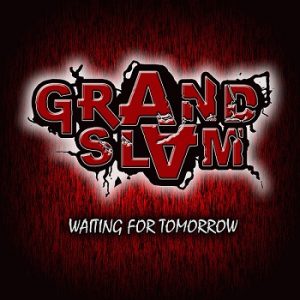