For anyone who is uncertain about what exactly heavy metal is, Sweden’s Grand Magus is it. Put on any one of their albums and be prepared for your biceps to balloon, your fists to slowly clench and rise to rhythmically punch the air, your head to steadily bang its eternal approval, your balls to swell to the size of two planets colliding in a pair of all-too-tight spandex, and your courage and determination to swell far beyond that required by the comparably mundane existence that is your life. Yes, twenty years into their existence with battle in their hearts, blood on their hands and sweat in their codpieces, Grand Magus are back to bestow upon us mere mortals album number eight, the wonderfully and warfully dubbed Sword Songs.

It seems that the trio have learnt a lesson from Triumph and Power and omitted the intervals and extended intros that, though musically interesting, thwarted the album’s momentum. Instead, what we get are plenty – and I mean plenty – of rabble-rousing melodies that lift us into fist-pumping choruses, lyrics that tell of the mythological deities that will accompany us to victory, steely riffs that Dio and Black Sabbath would kill for, shimmering guitar harmonies that would make Dave Murray, Adrian Smith, Glenn Tipton and KK Downing turn their machine heads in astonishment, and a rhythm section so tight and powerful that they could bring down the walls of the halls of Valhalla. There’s not one song here that won’t have you whipping out your reindeer-hide tunic, strapping on your chainmail and polishing up your helmet before making many a mortal enemy suck on the nasty end of your mighty chopper before their first cuppa of the day.

Since their formation in 1996, Grand Magus have gone from deliverers of doom to masters of metal and they are still soldiering on, destroying all in their path with one album after another of beautifully refined heavy metal at its purest. A trio with a sound bigger than any army and a discography brimming in metal might, with Sword Songs continuing what has evidently become a tradition, Grand Magus continue to fight that good fight with all the power that they can muster. Another triumph. Right, let’s go! Altogether now: Burnin’, lootin’, rapin’ and a-shootin’… 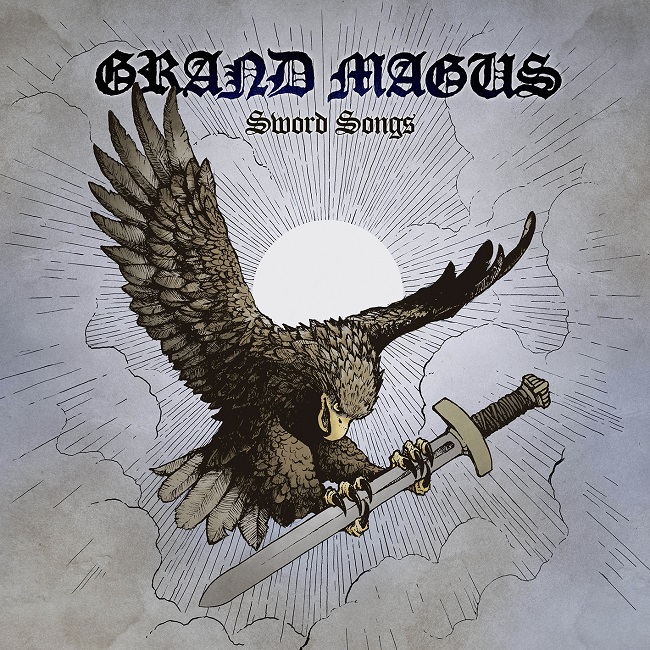