This superbly packaged trio of Graham Bonnet‘s “solo” albums is nothing less than the artist deserves. They span the nineties, a time of tumultuous change in the world of rock, metal and pop music. So, probably the most striking thing here is Bonnet’s return to hard rock certitude on the 1997 and 1999 albums. 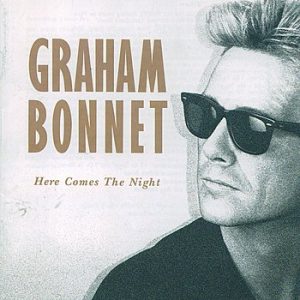 His 1991 release, Here Comes The Night, sounds incredibly dated now, due to the leftover influence of eighties’ production techniques used on the recording, something the remastering emphasises rather than mitigates. That said, a few songs bravely shrug off the studio straitjacket. A sensual sax turns a cover of Them/Van Morrison’s ‘Here Comes The Night’ into something really interesting. And on yet another version of ‘Only One Woman’, the artificiality of the synth soaked production actually adds to the song’s blazing pop majesty.

As with the other two, a handful of bonus tracks are added, in this case four instrumental demos. Likeable, but hardly obsessive. 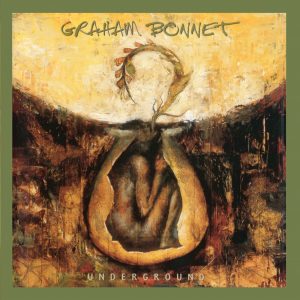 The title track’s marriage of threaded drone background to hulking, hard rock guitars immediately announces that Bonnet is re-energised, and indeed, re-inspired. And he goes on to demonstrate this repeatedly through the recording. The fierce, undiluted hard rock of ‘Breakaway’ and ‘Whiplash’ dovetailing with a nice, clean fit to the power and restraint of ‘Cajun Pink’s tribal rhythms and ‘The Strange’s psychedelic, art-rock aura.

Seven bootleg bonuses on here, from Bonnet’s Culver City gig in 2000, resurrecting material from his time with Alcatrazz, Rainbow and MSG. 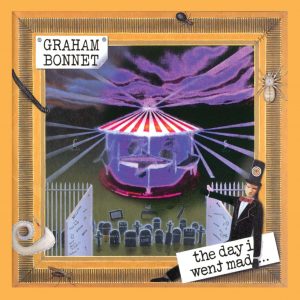 If Underground pushed Bonnet’s hard rock to the edge of convention, The Day I Went Mad dangles one foot over the precipice.

And this album is best of the three, unquestionably. It’s not uniformly great, ‘Model Inc’ and ‘Spiked” are mediocre, but the remaining tracks are special. To the extent that if you wanted to pick out the standout stuff, you could employ a pin.

Guitarist Mario Parga, believed by many aficionados to be one of the world’s greatest sweep picking and string bending artist, is a guest player, most notably on the title track. There’s a sublime 60 second section on the track’s second half, about the 2mins 30 secs mark, where the heartbeat of the song drops into slomo for the lush, romanticised sound of a choir and guitar duet. Then there’s a micro second burst of tight, T-Ride type harmonies, followed by Parga’s beautifully measured solo – the polar opposite of his shred setting default position – that accelerates everything back to the track’s original pace. It’s a breathtaking slice of rock music.

‘This Day’, a fragile, heartstring tugging ballad overshadows most of the remaining tracks. Lyrically simple, it’s trick is to subvert the sentimentality usually laid on thick by rock ballads, by trading in real sentiments.

Guest guitarist John Thomas brings his own sense of harmony to ‘Greenwich Meantime’, using arpeggiated chords and fantastically tight riffs as targeted weapons, continually exploding behind Bonnet’s lightning-in-a-bottle vocals. And yet it’s just another of the album’s endlessly inventive tracks.

No less than six more bootlegged bonus tracks, all live, recorded at several venues through the decade, feature on this remaster. A tectonic plate-shifting version of ‘Since You’ve Been Gone’ and an endearing pub rock version of the Beatles’ ‘Oh Darling’ are a magnificently apposite way of closing the album. 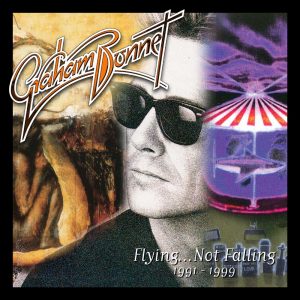 The Day I Went Mad: