It only takes a few minutes. A moment’s exposure to the Lizzy-on-steroids riff of ‘Riders II’ and you realise that Manchester 5-piece Gorilla Riot ain’t gonna have any room for anything remotely approaching a ballad on ‘Peach’, their storming debut album. Brace yourselves, ladies and gentlemen, for 2020’s first essential album.

The first thing that really hits home are the guitars – all three of them. They all do their own thing but also weave and meld around each other like (very heavy) liquid mercury. The six-string (well, 18 actually) wig out at the end of the aforementioned ‘Riders II’ is a frenzied declaration of intent.

So, the overall sound. Rock. It fucking rocks. But hang on, there’s also Southern Rock, a lot of it. And grunge, Alice In Chains in particular is in it’s genes. Oh yeah, and some fuck heavy Sabbath riffs, don’t forget those. This album don’t move fast but it don’t need to. It’s carrying some serious heft around. It’s big and gnarly and it’s in your way, and what the fuck are you gonna do about it, boy?

Around the mid-album mark we hit the jagged, two-fisted intro to lead single, ‘Half Cut’. It’s Skynyrd jamming with James Hetfield and Jerry Cantrell – bruising, defiant and freaking brilliant. And again…those guitars! All doing their own (heavy) thing before, suddenly, turning on a dime and locking in ruthlessly. There are many guitar workouts on this album but hey, when they’re this good…

The 7-plus minutes of ‘Help The Guilty’ are a chugging, lumbering glory. Funereal mammoth guitars and a slow, wailing solo and then it painfully, slowly, pounds up a gear, the guitars forming a wall of sound before droning out into a grunge outro. ‘Black Heart Woman’ (see above) briefly kicks up the tempo…until it slows down again…and then speeds up. In fact, tempos flash in and out of view like switchblades glinting in the moonlight. And the riff, a glam rock thang that’s been dragged down an alley, force fed whiskey and dragged around behind a motorbike.

And on it goes, never easing up. There’s a dash of AC/DC somewhere in the brooding ‘Beat Your Bite’ while ‘Chuggin’ does exactly what it says. You can hear the amps hum and groan under the strain of this onslaught. It drops down, way down, several times into riffs Mr. Iommi would doff his cap to, and it all ends, appropriately, in a booming, crunching riff-out.

Have I mentioned the guitars? The interplay is stunning, chemistry this good is a rare beast. And a beast this most certainly is – it snarls, spits and roars with power and class. Each individual guitar can be heard as clear as a bell but that overall sound is still a beautifully organic thing – full and huge and (I may have mentioned this before) HEAVY!

It sounds something like that slew of heavy blues/Southern rock bands that were briefly in vogue in the 90’s – Raging Slab/ The Four Horsemen/ Circus Of Power…and yet, not. They are their own band with their own sound. There are almost Wildhearts levels of genre-splicing going on here, and yet it’s still all 100% Gorilla Riot.

Anyone who has been looking forward to these guy’s debut is not going to be disappointed. In fact, you’ll be in hog heaven. It exceeds all expectations. Oh, and all you other guitar wielding rock and roll people out there – whoever you are and whatever you’re planning to release in the near future, you’re going to have to pull out all the stops to convince me that this isn’t the album of the year.

Released by Off Yer Rocka Recordings on 31 January 2020. 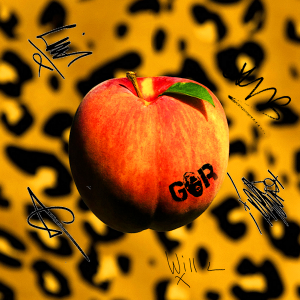