Glorious Goldray still teasing us with no album yet in sight…

Soulchild is released on 28 October 2016, and it had better be as a precursor to a new album early next year or Allan will get increasingly grumpy. The EP has been out for years, though, but was worth reviewing alongside the single.

There’s something about the guitar work of Kenwyn House that I’ve enjoyed ever since he first let a monstrous riff loose on the Sony Minidisc adverts back in the 90s (it was the track ‘Naked’, if you’re curious). Back then, no-one had heard of him or his band, Reef, but that all changed a few years later – at least in some small part thanks to TFI Friday and their ‘It’s your letters’ segment.

Thing is, though, I always preferred Reef’s debut album, Replenish – the one that got them accused them of being little more than an anagram of the band Free, and was certainly a lot more groove-laden and 60s inspired than their later work. So it was with nothing short of glee that I discovered this album seems to have let Kenwyn indulge in that 60s groove to his heart’s content, but this time bringing in a soft, floaty, ethereal female vocal over the top.

So, what does it sound like? In a word, awesome. Leah Rasumussen’s vocals are somehow lilting and powerful at the same time, and Geoff Laurens on bass thunders his way through. However, for me, the absolute star of the show is the utterly monstrous guitar work Kenwyn layers throughout the music. It moves from bouncy, light riffs to counterpoint Leah’s softly crooned vocal all the way down to thumping, powerful grooves that playfully toy with Geoff’s basslines.

But don’t let me give you the impression that the rest of the band aren’t up to scratch – because they totally are. I’m pulling out that strand purely because as a fellow guitarist I’m somewhere between deeply envious and in absolute awe of what they’ve managed to create here, and I can only latch on to the part that I can understand. Think of it as a furious blend of gritty, groove-laden psychedelic classic rock with elements of psychedelia threaded through like diamonds in a rock seam.

The new single, ‘Soulchild’, carries on right on where the EP left off, too, with soaring vocals, chunky grooves, monster riffs, and a hell of a tune.

So why am I only giving it 8 out of 10? Because after waiting for three sodding years since the EP, I wanted more than one bloody single, that’s why. C’mon, give us an album already, and stop teasing us! 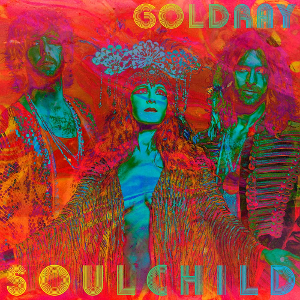