Potentially one of the classic rock albums of the year…

Released on 5 May 2017, and if you don’t go and buy it, Allan will be incredibly disappointed in you.

The combination of Leah Rasmussen’s vocals and Kenwyn House’s guitar work are a killer combination. However, there’s been a long and interminable wait for the album to finally arrive – four years, in fact.

However, let me address the elephant in the room: we’ve heard most of this album before. In fact, between the EP and the single, only four of the tracks are actually new material. I don’t know what the hell they’ve been doing for the last four years when we’ve got a grand total of eight album tracks out of them. Sure, they’re all great tracks – but that’s an average of six months per track. Worse, the new tracks are definitely weaker than the earlier ones, too.

It’s just as well that overall it’s still a great album, and had I heard this in isolation I’m sure I’d be utterly raving about it in much the same way that I was raving about the EP and single when they came out. House’s earlier guitar work with Reef is probably the closest in tonality to this particular sound, but replacing the gravelly male vocal with the ethereal and floaty femininity of Rasmussen changes the tonality to somewhere between psychedelia and prog-rock. It’s full of riffs and grooves straight from the 60s, layered and building to sublime crescendos without ever becoming repetitive or dull. It moves between wickedly heavily and deliciously light with a contemptuous ease. But because of the build-up, and because it’s all basically the same stuff that I’ve been listening to for years, it feels a little bit underwhelming.

If you’ve not already heard of the band, or you’ve not already heard their EP or single, then you really do need to listen to this because it’s potentially one of the classic rock albums of the year. It’s a veritable tour-de-force of talent, and an example of what’s possible when sublimely talented musicians come together and have the time to create something without pressure. However, I can’t help but wonder if their live gigs are somewhat short, or whether they just really resent spending time in the studio when we only have eight tracks – eight superb tracks, sure – to go on. 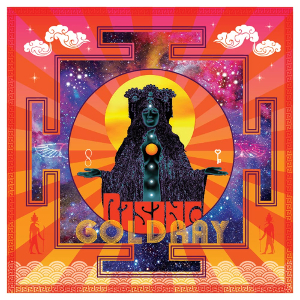