Well this one grabs you by the throat, that’s for sure. Industrial? That barely scrapes the rust off the surface. On this new Godflesh album you almost wince as the hammer comes down on the anvil. The mechanical overtures and burning flames are so heated you almost feel like you’re stranded in the midst of a Victorian workhouse amongst the dense suffocating smog.

Post Self is a 10-track explorative work stretching to 47 minutes during which you’re escorted down a series of chambers and corridors that you’d probably rather not visit, but remain compellingly attractive all the same. It’s the band’s first album since A World Lit Only By Fire three years ago, and definitely leans more towards the industrial dissident side of the musical divide.

Godflesh explore a range of moods and emotions on this album, almost all of which are negative in some form or other with anxiety, depression, and our own mortality most prominent among them. It carries a similar intensity as post 80s pioneers such as Throbbing Gristle and Killing Joke – while drawing parallels also with Teutonic giants Einstürzende Neubauten.

The  driving force behind Godflesh is Justin K Broadrick who formed the band around 30 years ago and is one of the most significant figures of the Birmingham underground scene of his generation, stretching all the way back to his brief liaison with Napalm Death. Now functioning on record and stage as JK Flesh it is with Godflesh – in which he is partnered by G.C. ‘Benny’ Green – that has stretched across most of his adult life. A lengthy hiatus from the band saw Broadrick explore a succession of other interesting musical trips both stage front and behind the scenes. The Godflesh hiatus was finally broken a few years ago with the release of the Decline And Fall EP, since when Godflesh has again been a living breathing pernicious beast. 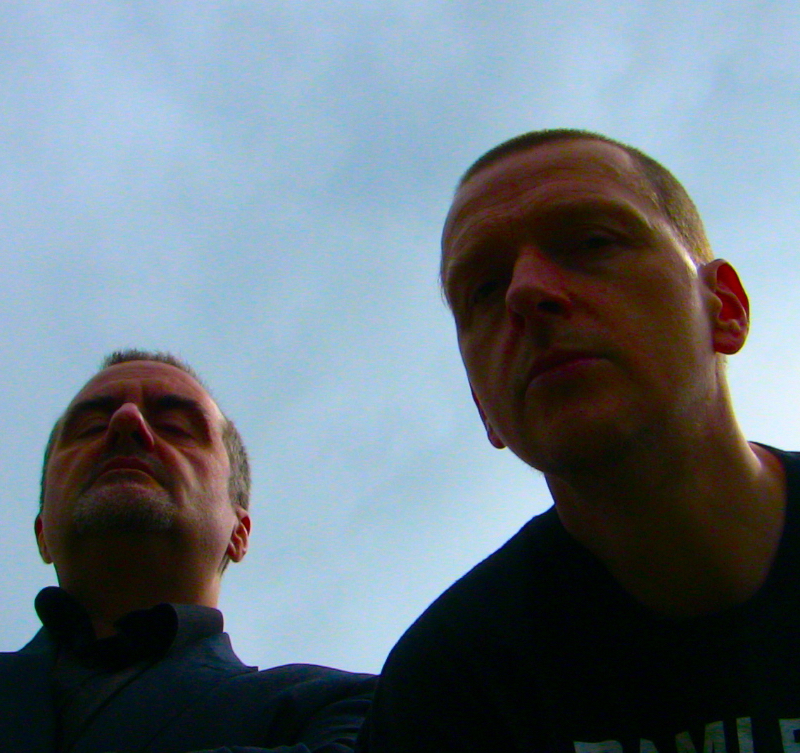 Post Self is the eighth full length Godflesh recording and after the instrumental sledgehammer opening kick, ‘Parasite’ erupts with a ballistic belch after which the tempo rumbles threateningly like an appendix and almost as painful. The nihilistic-fuelled ‘No Body’ feels like another tectonic plate shifter straight from the factory production line, momentum building as JK ups the atmospheric particles.

On ‘Be God’ the industrial intensity is whacked up to the extent that you can almost detect the steam rising from the factory floor, creating a powerful agitated authenticity similar to Broadrick’s fellow Brummies’ Khost. ‘The Cyclic End’ does allow a few more rainbow colours to filter through as the vocals take on a more melodic hue although to describe it as singing is possibly up for debate with the whole soundscape seemingly entering a kind of disturbing dystopian demographic.

‘Pre Self’ is another claustrophobic composition in which the walls grow ever higher and the windows close up completely. With just occasional Spartan spoken vocals, this is another seismic slab of pounding persecutory punishment. On ‘Mortality Sorrow’ the electronic keyboards creates a futuristic vista, although without ever running the risk of drifting off towards Depeche Mode or Tubeway Army territory. The atmosphere remains belligerent and uncompromising throughout.

‘The Infinite End’ brings things to a close as it summons up an array of interweaving threads , rolled out against a clattering background chug. A monastic like choral dividend surfaces mid-song and adds a distinctly haunting feel to this most abosrbing of album closers, the screeched keys at one point sounding like distressed screams. The supremely creative Broadrick has his fingers in more pies than Mary Berry, including his own label, Avalanche Recordings, on which this album, which definitely merits a large audience, is naturally released.