Gilby Clarke has been a busy man since leaving the services of Guns N’ Roses in 1994 (he did reunite with GNR at their Rock And Roll Hall Of Fame appearance in 2012). He has played with The MC5, Heart, Nancy Sinatra, L.A. Guns, Slash’s Snakepit as well as the Rock Star Supernova super group. He currently performs with Matt Sorum’s all star band Kings Of Chaos alongside the likes of Gene Simmons, Steve Tyler & Joe Elliott. But forget all that because The GC is now back at the front of his own band with his 5th full length studio album. Signing up for duty along side Gilby are Muddy Stardust (L.A. Guns/Burning Tree) on bass, Kenny Aronoff (John Mellencamp/Chickenfoot among others) on drums, Matt Starr (Ace Frehley/Mr. Big) and Chad Stewart (Faster Pussycat/L.A. Guns) on backing vocals

It’s been 20 years since the last full solo album from the guitarist only interrupted by 2007’s Gilby Clarke compilation but we finally see him return to the studio with The Gospel Truth. This latest project takes Gilby away from some of the influences that were obvious on much of his early solo work. There are no signs of any Beatles or Bowie covers here (as on The Hangover and Swag). The songs here are more akin to 1998’s Rubber with a distinct homegrown vibe. Straight ahead US rock is the flavour from the start with title track ‘The Gospel Truth’ leading the charge with huge riffs, chunky beats, hooky sax and soul swing. ‘Wayfarer’ takes things down with plenty of Hammond organ before Nikki Sixx (Motley Crue) and Stephen Perkins (Jane’s Addiction) join the party for ‘Tightwad’ with a slight latter day Alice Cooper vibe this is an absolute belter.

One of three singles already released from the album (along with the title track & ‘Tightwad’) ‘Rock N Roll Is Getting Louder’ is where Gilby talks of his heavy rock lifestyle with lyrics about the loud music, motorbikes, guitar strings and Motorhead. Kenny Aronoff supplies a strong back beat throughout ‘Wise Old Timer’ and ‘Violation’ which remind me a little of early Kiss with a major hint of 70/80’s US rock. More big riffs and a little tambourine as we power on during ‘The Ending’ and ‘Dangerous Sin’ which has plenty of Keef style guitar thrown into the musical frying pan. Then onto the final hoorah! with ‘Rusted N Busted’ which is all vocal growl, chants, hand claps and choruses leading nicely into ‘She Won’t Fight Fair’ with it’s fat guitar sound and high hat drumbeat at the top of the mix. Both of these tracks could fit comfortably on any Ace Frehley solo album. A great way to sign off on his strongest and most commercial release so far.

So not as 1970’s British rock as The Hangover but with it’s foot firmly in a more good time hard rock sound. If you’re looking for Guns N Roses this is probably not for you but if you like a bit of American rawk ‘n’ roll it will probably rattle your cage. Let’s hope we don’t have to wait another 20 years before we can enjoy more music from this much overshadowed guitarist. It would be good to see this become his day job. 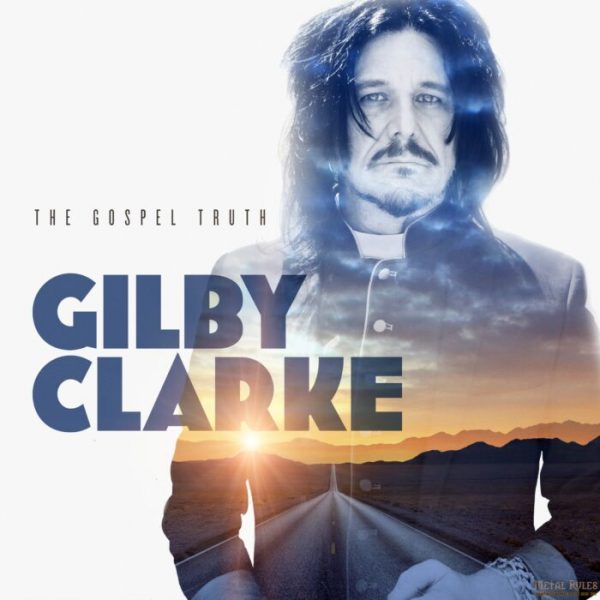