Only 3 members, so they don’t quite make it to Supergroup. Supertrio then.

Randy Goodrum, Dave Innes and Bruce Gaitsch will be names familiar to soft rock/AOR/ Westcoast afficionados (and thus the band name). All 3 have written hits and produced variously for Steve Perry, Toto, Richard Marx, Peter Cetera, Kenny Rogers and many many more. Ask Wiki and it will go into meltdown.

So, an impressive pedigree and 3 illustrious Cvs. What could go wrong? Well, nothing really. The 3 are in lockstep all the way through. And this Brave New World is an old school world, filled with memorable melodies, cool production and uncluttered arrangements.

As you would expect, the songwriting is strong, and the pace is slow. These guys are in the studio, but their minds are on the beach – ‘Hernando’s Paradise’ and ‘All There Is’ are journeys of unhurried discovery, where nothing is milked for emotion, and everything is alive with the foibles of humanity. The narratives of Goodrum’s lyrical songwriting are full of sharp, observational lyrics… ‘The Box’, and ‘Little Flame’ are honest to God stories, and not just phrases or fragments stuck together to find a rhyme.

Innis and Gaitsch wrote the music for the album, with Goodrum coming in later with the lyrics, displaying his knack for penning a distinctive vocal melody. Unmannered and restrained, they take time to take hold. ‘Peddler Pete’ and ‘Private O’Toole’ define the description, both are piano based and pared back – occasionally recalling Peter Cetera’s One More Story album – and both have naggingly familiar vocal melodies. Those identities teeter on the edge of your memory, but are always tantalisingly just out of reach.

The title track and standout song, ‘Waiting’ have their own moments of reflection and ambient bliss (reminiscent of Third Matinee), but are a little more immediate than the others, proving that the stirring of the soul doesn’t always rely on the slow burn pleasure principle.

The late Warren Wiebe’s evocative, lived in vocals guest on the final track, ‘All I Ever Needed’. If ever an album had been handed a bonus track, this is it. 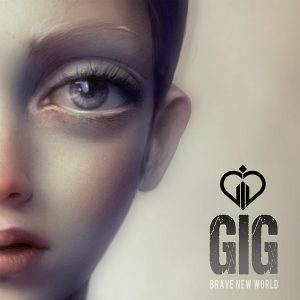