Ooh. Birmingham’s Symphony Hall. Very nice. Prestigious. Tickets with both your seat and the door to enter the hall through printed on them. Polite staff directing you to your allocated perch. And oh, what plush seating. Yup. It’s a night at the theatre. There’s the hushed reverence you’d expect for such an esteemed venue, yet something’s amiss. T-shirts? Of Gary Numan? In the Symphony Hall? And then, from somewhere up in the nosebleeds comes the bubble-bursting boom of “Noooomaaan!” There’s a few laughs at this, but very soon there are more “Noooomaaan!”’s. And more. “Noooomaaan! Noooomaaan! Noooomaaan!” It was a night at the theatre. Now, it’s a rock show. 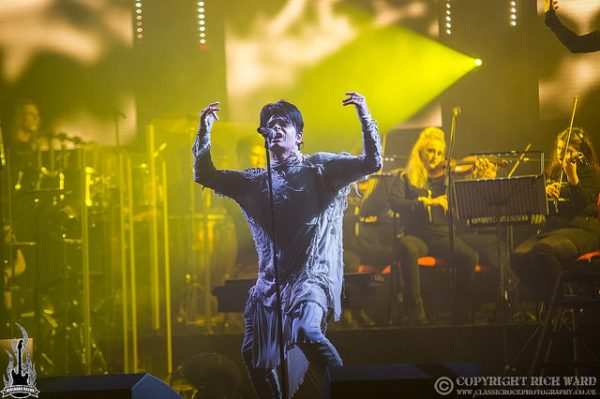 All that stands between the audience and the stage is a ceiling-high veil. The lights drop, the members of The Skaparis Orchestra take their places and play the intro. The veil drops, Numan’s band walks on one by one to huge applause, and then Numan himself appears – to much greater applause, and plenty more “Noooomaaan!”’s. Tracks from 1979’s The Pleasure Principle sandwiched between tracks from his latest two albums, 2013’s Splinter and last year’s Savage, open the evening. The heft of ‘Ghost Nation’ is quickly followed by an incredible version of ‘Metal’. ‘Bed of Thorns’ is followed by ‘Films’, ‘Everything Comes Down to This’, ’Pray for the Pain You Serve’ and, anthem of anthems, the classic ‘Down in the Park’.  And ‘Broken’, ‘Splinter’, ‘Here in the Black’, ‘My Name Is Ruin’, ‘Jagged’ and ‘Mercy’ are as heavy as they ever were. While the new and the old material sit side by side perfectly – the 30+ years between the two eras being indiscernible – the orchestration is blended beautifully with the industrial heft of the songs.

It’s pretty fair to say that 1986’s Strange Charm marked a significant step on the wrong path that Numan was to follow until he got pissed off enough to eschew the desire to be commercial and make music he had conviction in. 1984’s Berserker had more good than bad on it, so too did 1985’s The Fury, but other than ‘My Breathing’, ‘Unknown and Hostile’, ‘The Sleeproom’ and the Blade Runner-inspired B-side ‘Time to Die’, there isn’t that much on offer. How apt it is then that ‘My Breathing’ lends itself perfectly well to the orchestral treatment for tonight’s airing, at the end of which Numan beams, “I’m fucking loving this.” Yeah, and so are we. 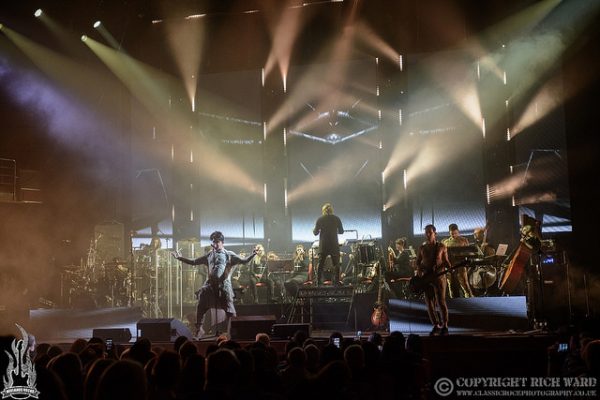 Closing out the main set with ‘Are Friends Electric?’ sees the audience throwing theatre etiquette – as well as the opulent comfort that the splendid furniture has afforded them – to the wind and get up and dance. With  over 2000 people from front to back and top to bottom rise out of their seats to dance to what is, frankly, about as far as you can get from a pop song (just where or what is the chorus?), it’s quite a sight to behold.

The end? Yeah, right. Numan isn’t about to leave it there, is he. Not with 20+ people on stage, an incredible lightshow and visual backdrop, and an orchestra sat there. And so, for the very much wanted encore, the unmistakable opening notes to ‘This Wreckage’ fill the Hall and the whole crowd is up out of their seats. ‘The End of Things’ and ‘A Prayer for the Unborn’ are almost the end but Numan can’t leave it there either. The orchestra didn’t know he was going to do this so they get the chance to sit back and watch him perform a track from his recently released EP, the aptly titled ‘It Will End Here’. 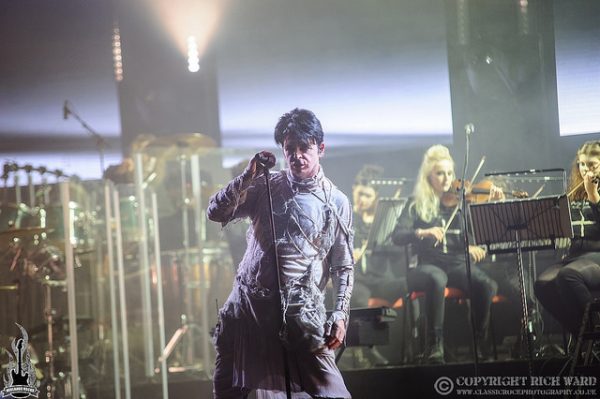 The work that Numan has put into working with The Skaparis Orchestra is more than apparent. Introducing an orchestra into an established band or musician’s work threatens either to sound nauseatingly gaudy, the orchestration sounding like the equivalent of an excessively decorated Christmas tree, or the music becoming a battle between two factions. But here, the balance between the two is just right. And Numan knows this because, despite him trying to be a serious and focussed performer, he’s finding it difficult to conceal his obvious happiness at what he has created. Yeah, Numan was smiling. Lots. And it’s great to see him enjoying his music as much as this. “Thank you”, he kept saying. No Gary. Thank you. And The Skaparis Orchestra too. 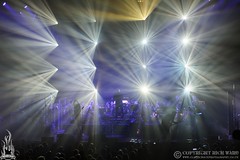 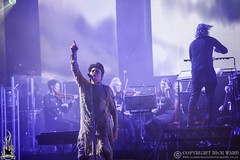 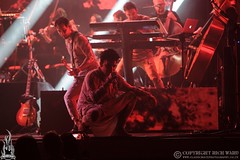 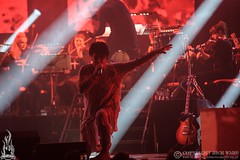 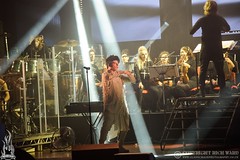 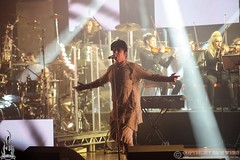 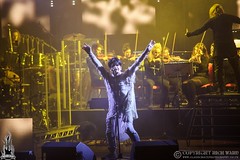 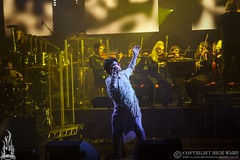 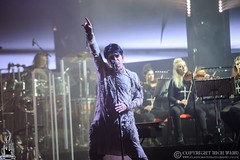 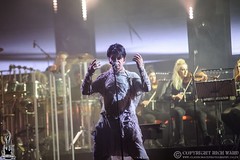 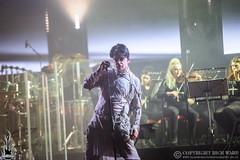 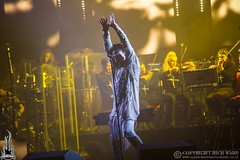 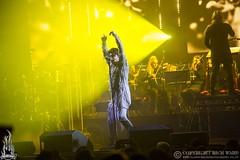 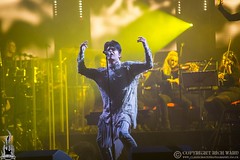 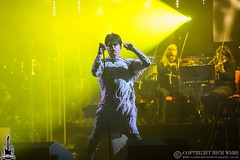 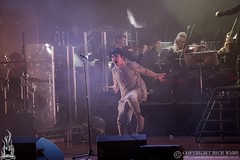 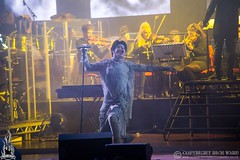 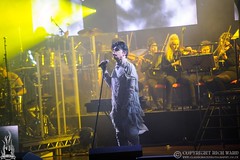 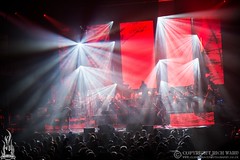 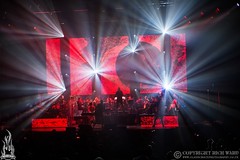 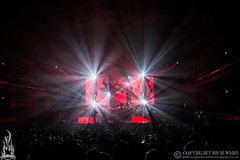 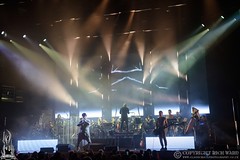 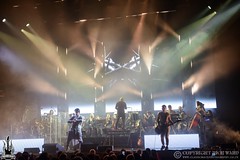 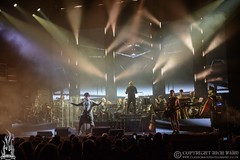