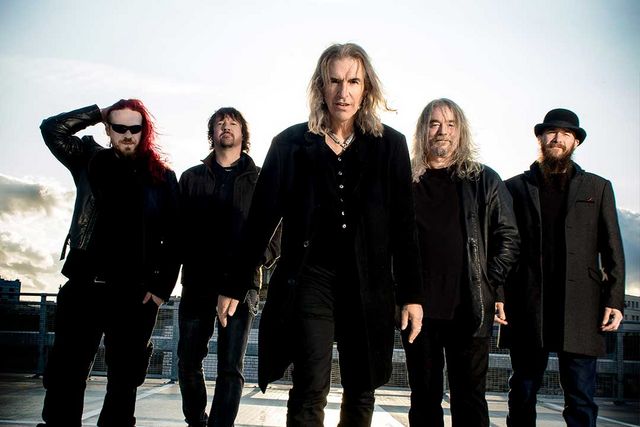 FUTURAMA , the legendary post-punk, and electronic music festival, originally due to return in 2020 and delayed twice due to the pandemic, is now set to finally take place Easter Weekend 2022 April 16–17 in Liverpool, hosted by Vive Le Rock and Louder Than War.

There has, nevertheless, been some unavoidable line-up changes to the event due to re-scheduling issues. Futurama was unable to offer a headline slot on a workable day for original headliners Heaven 17, so sadly they have had to withdraw from the event. However, Futurama are pleased to announce that New Model Army are now the new headliners for the Saturday with very special guests The Skids as main support.

New Model Army (pictured above) played the 5th Futurama in Leeds in 1983 and it makes perfect sense to headline nearly 40 years later. New Model Army have had an outstanding career and they are just about to embark on a 40th Anniversary Tour in November that takes in Glasgow, Nottingham Rock City and London Roundhouse. One of the best live bands on the circuit, they have a huge and loyal following and they will put an amazing show as headliners at the Futurama.

Likewise with The Skids (below), who since coming back together in 2016 have been wowing audiences with their brilliant and passionate live shows. The Skids didn’t play the Futuramas but Richard Jobson’s Armour Show also played Futurama 5 at the Queen’s Hall in 1983. Although, starting out as a punk band in 1977 many of their 80’s songs had a post punk feel and even though they were only together 5 years, they made four cracking albums together and had countless hits between 1979 and 1981. 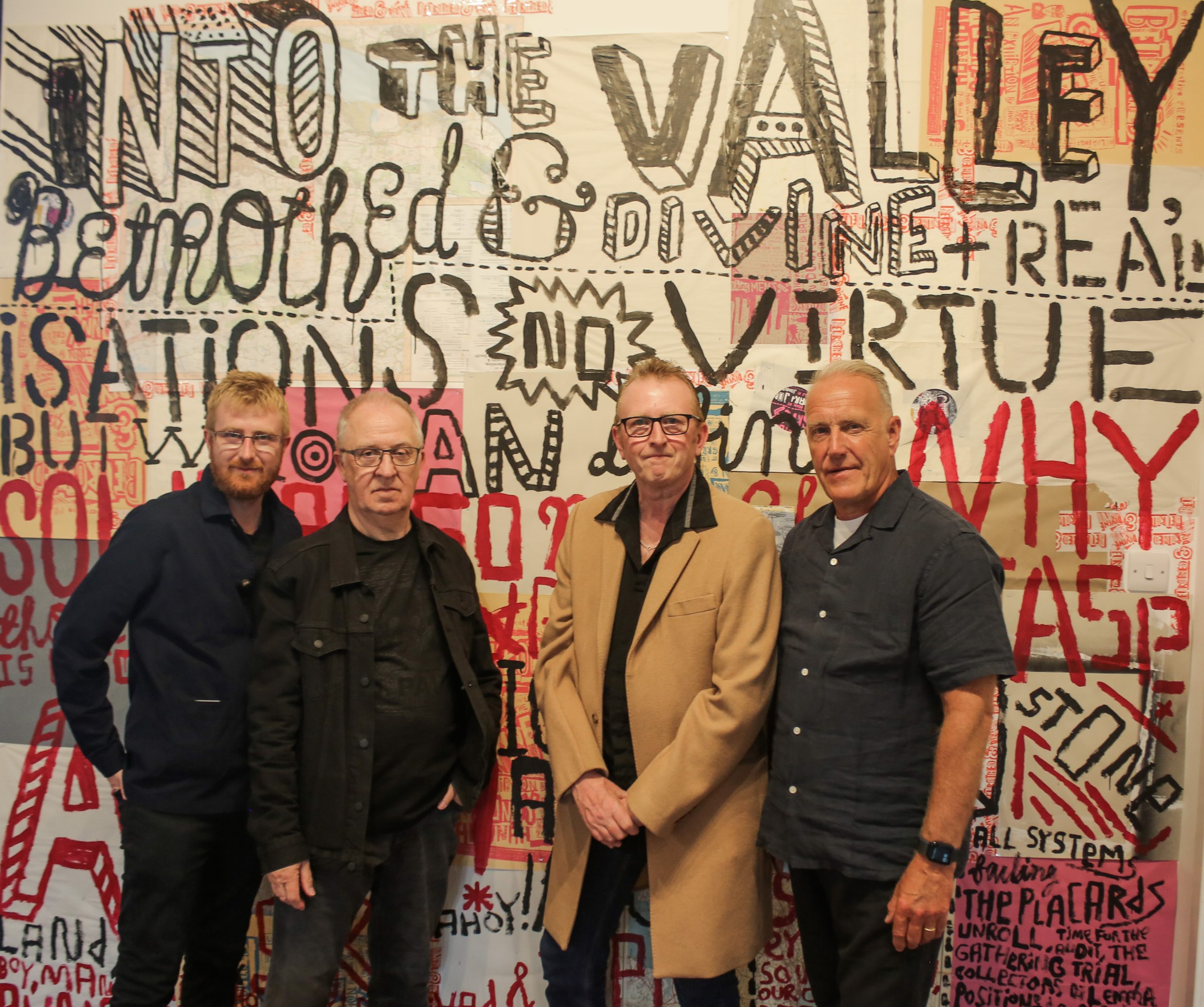 “I have a strong and fond memory of playing the Futurama festival with the Armory Show back in 1983,” recalls frontman Richard Jobson. “It was exactly the kind of event we should have been playing and in the right company such as Death Cult and Killing Joke (Youth is now our producer). I feel the same kind of excitement today having been asked to return with the reformed Skids. It’s Rock ’n’ roll dystopia made cool in a way that JG Ballard would have approved of. Can’t wait”

New Model Army and The Skids make a formidable Saturday evening in Liverpool.

Owing to the pandemic and the postponements means the Futurama has lost a few bands to new gigging commitments which is completely understandable, and we wish them well.

For more info head to futuramafestival.com 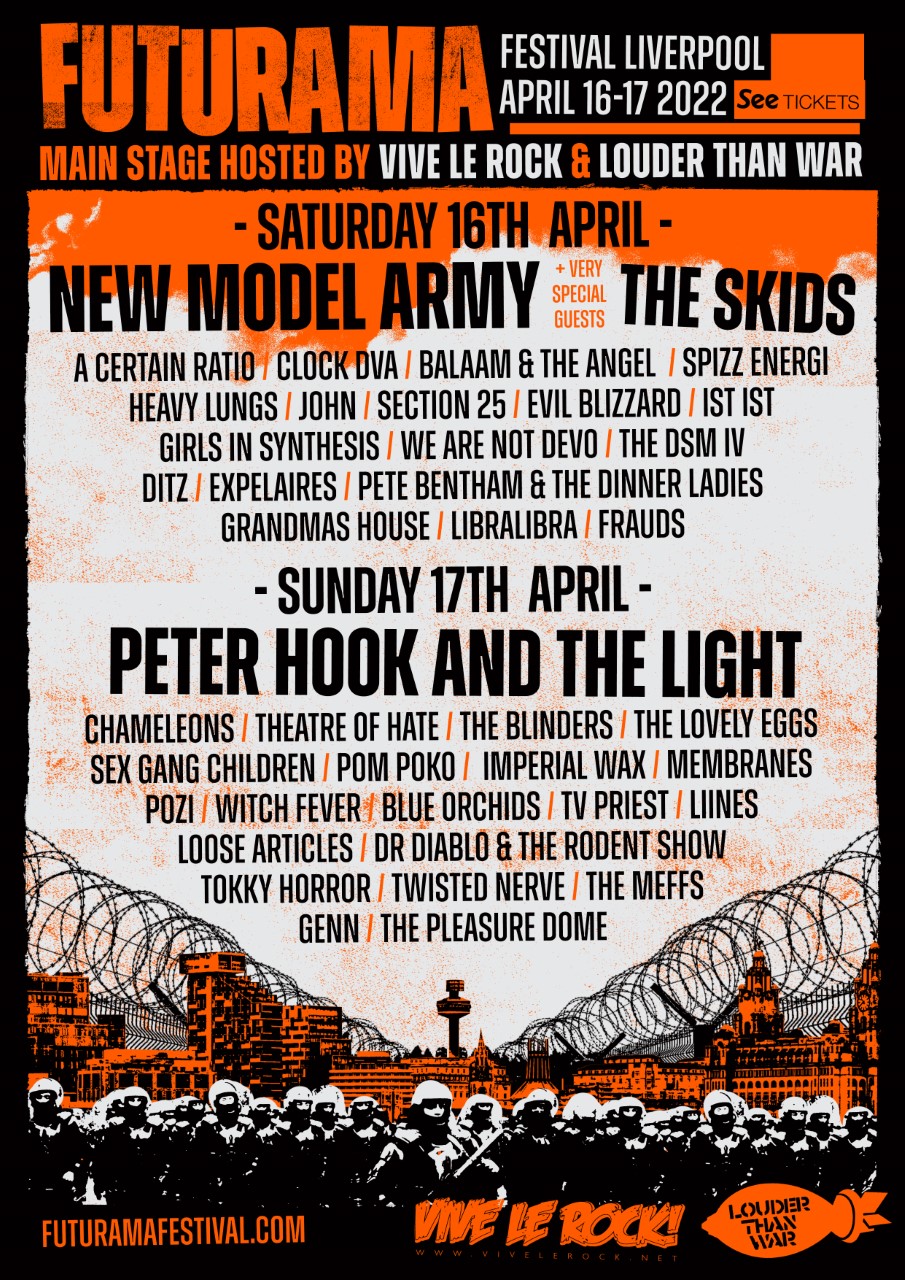