The soundtrack to the revolution…

You may have heard that the dog-shit haired one was in the UK recently. And as usual he was hogging the headlines with his arrogant antics, strolling around the fatherland of a collapsed empire that, in the face of the farcical pantomime referred to as “Brexit”, is ready to bend at its broken knee and deep-throat the USA’s diminishing tumescence. And as if on cue, Birmingham’s noise destroyers Fukpig have returned with Bastards, a 12-track collection of fierce and fiery protest “songs” targeting the ills of “modern” society.

No prizes for guessing what opening track ‘Dogshit Hair’ is about. That a failed businessman and reality TV “star” who still has supporters amongst those whose lives he continues to impoverish, endanger and ignore is now hosting the end of the world show is almost as surprising as it is absurd. But Fukpig aren’t about to waste an album on the current incumbent of the whiter-than-a-KKK-washing-line Whitehouse. There’s still a lot of shit going down in the UK that the omnipresence of the orange one can’t conceal. While the media and the knuckle-dragging tribes that want to “save the nation” would have us believe that there are no white sexual predators or terrorists in existence (white people have ‘psychological problems’, remember?), yep, good ol’ Blighty is on the way back to being as racist and elitist as ever it was. If MuriKKKa can be great again, then so can Britain, right?

And so while the virtues of austerity, anti-intelligence, and blind faith in bigoted “champions of the working classes” – read “white working class”, aka “English” – are being championed, Fukpig are having none of it. Good. As ever, Fukpig’s musical invective is as violent as it is stirring. The riffs are as malodourous as they are malicious. The guitar melodies – yes, there are melodies! – are as twisted as they are barbed. The lyrics are as biting and insightful as they are brimming with bile. And the album is as heavy as POTUS Rex’s first junk food-infested dump of the day. It may not be televised but Bastards is the soundtrack to the revolution. 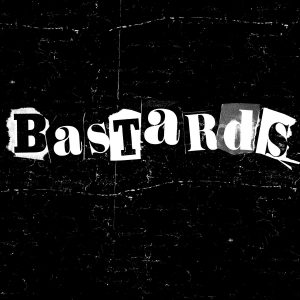