Liverpool hard melodic rock quartet, Fugitive, release a brand new single with video in the shape of Race The Rain on Friday 21 June 2019. The single is available across all download and streaming services.

Race The Rain is the latest single to be taken from their acclaimed album, The Awakening, available now. http://fugitiveweb.co.uk/shop/ 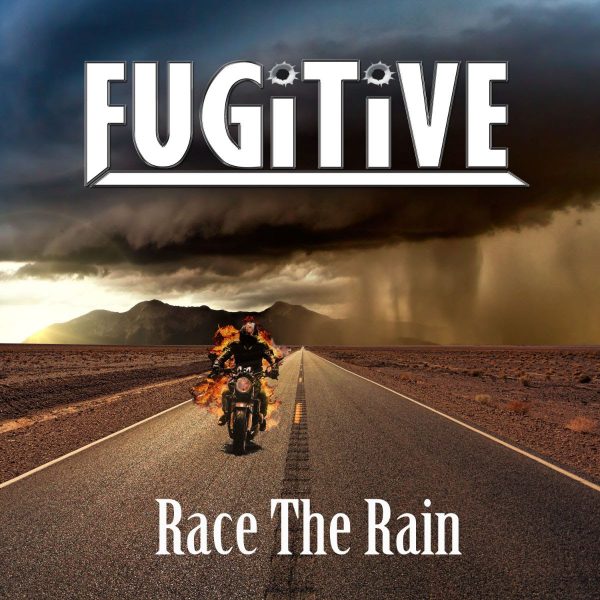 Of the writing process, Ranko ‘ Chip’ Veltro said, “This is a favourite of ours when we play live. We always dedicate this song to all our family, friends, biker brothers & sisters who have gone before us – ‘Race the rain… ride the wind.’
Love and respect – we raise a glass and salute!”

Singer, Michael Angel, added, “The song has evolved over time. It first featured on our Locked and Loaded EP, but we have re-worked it, adding a fresh intro, a slide guitar solo and an abrupt ending – just to keep the listener on their toes.”

With a collective age of over 200, Fugitive are a melodic hard rock band from Liverpool, UK and proof-positive that you are never too old to rock hard and nor to give up on your dreams.

Michael Angel and Ranko ‘Chip’ Veltro are long time musical partners and have produced two studio albums under the name of FUGITIVE. But in 2017 the band undertook a line-up change, with bassist, David Steele, and drummer Al Catraz joining the pair to form what feels like a whole new band.

Having cut their teeth on the UK biker gig scene, MkII of the band knuckled down and wrote The Awakening, which has garnered rave reviews across the rock press and reached the Amazon Rock Album Chart Top 10. It was released through CAT Records Music Label with Cargo Records taking up worldwide distribution.