Frostmoon Eclipse have been banging the drum for Italian metal extremities for almost a quarter of a century. Their latest album, Worse Weather To Come, released via Immortal Frost Productions, confirms that they’re not done yet.

Indeed, the explosive manner in which this invigorating album erupts into life on opening number ‘I See The Void’ confirms that their best days are as likely in front of them, not behind. The pattern shifts between explosive face-melting outbursts but with conveniently positioned pauses that heighten the level of anticipation before the Italians pull the trigger once more. Against a dangerously fast drumbeat Frostmoon Eclipse don’t so much as open the window to their album, as it blow its doors right off.

‘A Room, A Grave’ takes a second or two to stir, but once it pulls back the covers, another storming blast-beat battery raid is revealed with wonderfully fuzzed up strings adding texture and tone while the screeched barks of frontman Lorenzo Sassi are utterly compelling. A mid-song momentary reflective pause adds to the sense of anticipation before a great chug takes over, pinning you to the back wall as they return to the serious business.

Guitarist Claudio Alcara formed the band in 1994 and remains the only original member. They have travelled down many roads since their debut album Gathering The Dark was released in 2001. Down the years Frostmoon Eclipse have built their reputation on a punishing brand of Italian black metal but one in which they do things their way and for themselves, without ever feeling the need simply to fit into the standard template of the genre.

That independent train of thought is captured in ‘All is Undone,’ the album’s longest track at just over six minutes, and probably one of the most absorbing as it navigates through a myriad of paths all of which tell their own tale and yet they come together superbly as a whole.

‘Sunken’ is one of the album’s slower numbers but its melancholic strokes result in a spine-tingling journey that shows the multi-faceted strands that reside at the heart of Frostmoon Eclipse. ‘Brother Denial’ also twists and turns with some tremolo guitar licks but when the sonic gates open the effect is like a volcano spewing lava over the top.

There’s also a delicious irony in calling a song ‘Sleep’ when that is precisely the one thing you won’t be able to do when listening to it, as the Italians again go for the jugular with commanding effect, Alcara’s riffwork laying out the foundations over which all other elements are built. Fleeting haunting pauses present just enough time for a quick intake of breath before the waves crash in again, although here Alcara also briefly indulges in a little prog pattern, all of which simply adds to the overall colossal sound.

Some intricately picked tremolo work steadies the pace at the start of ‘Song to Darkness,’ but as we’ve come to recognise by this point, Frostmoon Eclipse are merely delaying the inevitable onslaught. ‘Resignation’ ensures the album goes out with a bang and not a whimper, gelling together the various nuances from Frostmoon Eclipse to commanding effect as they surge towards that final triumphant peak.

The band are touring the album across Europe in March and if you can get to either the London or Manchester dates then you’re sure not to have a wasted evening. 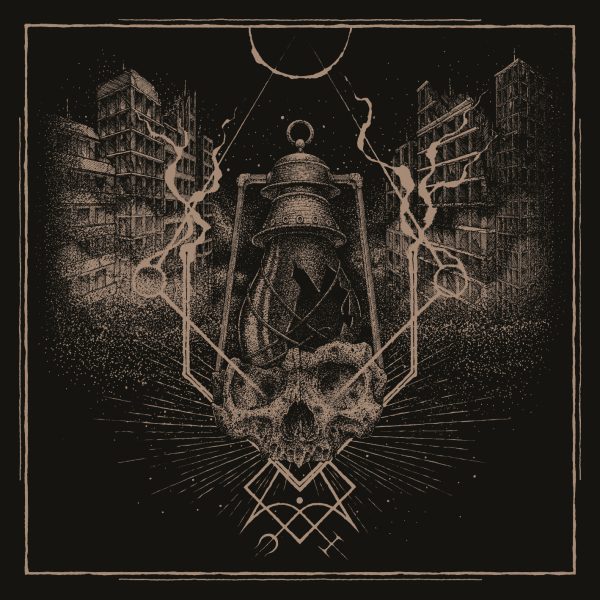