A 3CD Boxset that allows the MIG (Made In Germany) label to package From The Fire‘s legendary debut 30 Days and Dirty Nights with the less well known (outside of AOR circles) later albums, Evil Men Do (2014) and OctOpus+bonus (2016).

The band’s nucleus, JD Kelly and Michael Sciotto had come together in 1991 as songwriters for US singer Nadine Arel (no mean songwriter herself). Their material attracted major label attention. Soon they were in the studio being produced by Jean Beauvoir and Pat Regan.

The result, 30 Days and Dirty Nights, has taken on legendary status among the AOR cognoscenti in the time between then and now. And probably, the fact that it could’ve and should’ve, but didn’t, was primarily because the world of rock was knocked off its axis in that same year. . . Nirvana’s Nevermind changed everything.

The truth is that 30 Days . . . is a very good Melodic Rock album but not a great one. It deviates not one bit from the conventions of late eighties’ AOR, which means that it avoids the corporate rock posturing that stifled the genre, but too often results in exciting material being neutered by Beauvoir’s soft centred production.

Decent openers ‘Hold On’ and ‘Same Song’ suffer the most. Two sturdy songs that wilt under Beauvoir’s suffocating hand. At best they sound like leftovers from a Boulevard or Strangeways recording session.

Despite the anodyne titles, the standouts, by a considerable margin are one, the big, chest beating, everything-but-the-kitchen sink ballad, ‘Take My Heart’. Two, an energetic cover of Eric (Raspberries) Carmen’s Powerpop classic, ‘Go All The Way’, and three, the truly magnificent ‘Tears Cried In The Rain’. This one is head and shoulders above the rest . . . it has the quiet authority of a Marc Cohn track, an almost whispered prayer of earthly wisdom that cuts through the trowelled-on polish, and makes the connection that really great music makes. 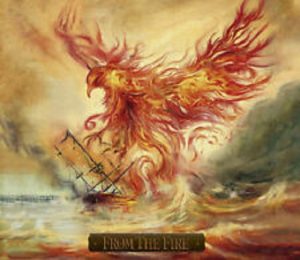