The journey of 1000 miles begins

To describe this Italian band as Journey wannabes would be cruel. It would also be totally misleading. Their joyous cover of Journey’s ‘Anyway You Want It’, released onto social media before the album came out was marketing genius. It created the desired interest and anticipation.

The first two tracks – ‘You Won’t Fall’ and ‘Into The Fire’ – fall into line with expectations, both straddling the line between eighties’ US AOR and more recent Euro/Scandi developments in the genre. Energetic, catchy, but neither one is that expert counterfeit copy of past genre glories, nor are they specially reconstructed for today’s tastes.

Shockaroonie then when tracks 4, 5 and 6 catch you totally by surprise, providing glimpses of genuine originality in the songwriting and invention in the arrangements.

‘Another Chance’s lush production, soaring harmonies and a melody that twists and turns away from formula will, metaphorically at least, pull you to the edge of your seat, wondering just where it will go next. Yes, you can hear the Journey influence but the song is by no means unimaginative or derivative.

The creative flourishes continue and indeed escalate on the refreshingly different ‘Here I Am ‘ and ‘Somewhere Someday’. The first, a little more adventurous perhaps, brings out the guitar sound with force and clarity, starting out acoustic then cranking up into electric action, immediately nailing a progressive, epic tone. The second bends further toward rock opera/stage musical, sketching the track around a classical piano refrain and trilling keyboard frills. An elegant, genre defying piece that would not have sounded out of place on any Savatage or Avantasia album.

Maybe the Journey cover that got them attention was not the way to go after all.

The future of this band is most definitely not in the past. 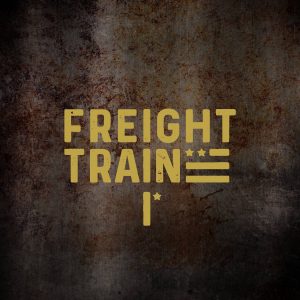