Live + What’s Next + The Power Of Rock And Roll + Juggernaut

The good people at Rock Candy Records have seen fit to re-release a clutch of classic albums by 70’s axe hero and also-ran Frank Marino. Gary Cordwell decided to grow a ‘tache, don some flares and listen to them for us…

‘Live’ is the pick of the bunch and the album that really put Mahogany Rush in the public eye. It’s also the album that cemented the ‘channelling the spirit of Hendrix’ tag that dogged Marino for the rest of his career (he eventually retired from the music biz in ’93). Although the Hendrix comparisons bugged him he didn’t exactly distance himself from them – ‘Live’ is essentially one extended psychedelic gonzo solo. There are a couple of Mahogany Rush standards, some fairly safe covers (‘Johnny B. Goode’, ‘Back Door Man’). And then the Hendrix-isms step up another gear, the second half of the album is largely instrumental. ‘Electric Reflections Of War’, with its sonic dive bombs and explosions, is basically ‘Star Spangled Banner’ and proceedings end with a faithful cover of Jimi’s Woodstock rendition of ‘Purple Haze’.  Derivative but enjoyable heavy trippy peace.

By 1980 Mahogany Rush had added Marino’s brother Vince on rhythm guitar and expanded to a four-piece. Otherwise, ‘What’s Next’ was business as usual, a full-tilt mix of workmanlike blues rock originals and predictable covers…with solos. Lots of solos. The band clearly lived on the road and albums by now almost felt like an obligation, there to add a few more tunes to the set list. Again enjoyable but just lacking that extra certain something that would put them on arena stages. It was still Hendrix with rockier riffs while the version of ‘Roadhouse Blues’ is more Quo than Morrison.

1981’s ‘The Power Of Rock And Roll’ sees a bit of a sea change. Mahogany Rush are no more, it’s Frank who’s front and centre now. Although still carrying a torch for Jimi, the foot has come off the FX pedals. The guitars are sleeker, rockier, it’s a bid for mainstream glory. The entire album is self-penned by Marino, the blues covers have been ditched but, although we’re into the 80’s, the sound is still as resolutely mid-70’s as a three day working week and casual racism. Again, it’s enjoyable stuff although slightly one-note. The foot never comes off the accelerator, it rocks and that’s all it does – there are no ballads, no experimentation. Although it’s a tad slicker you still feel as though it’s condemning them to a life of  playing one-nighters in roadhouses. You can almost hear Marino’s frustration. Something clearly had to give…

…And it did. 1982’s ‘Juggernaut’ is a missed opportunity and the album that could have made Marino a star. It’s moving with the times. ‘Strange Dreams’ is by far the best thing Marino’s ever written. It displays a new level of craftsmanship. Subtle yet still rocking, the musicianship has space and sophistication and the synthesizer line adds colour and brings Marino bang into the 80’s. ‘Midnight Highway’ and ‘Stories Of A Hero’ continue in the same vein, it’s a huge leap forwards in maturity and songwriting. Marino had long felt undervalued as a composer, his songs lost in attack and endless solos, but finally things seem to be being rectified. But then he appears to lose faith in his abilities and the second half of the album reverts back to his hard rockin’ 70’s persona. More blues rock riffery which, sadly, would be mere filler for better bands. Again enjoyable but this time frustrating, it could have been so much more. Marino then parted ways with Columbia, vowing never to record for a major label again. Cult status beckoned.

So there we have it, four enjoyable, shred-tastic albums by a talent who, you feel, was on the verge of becoming something bigger. 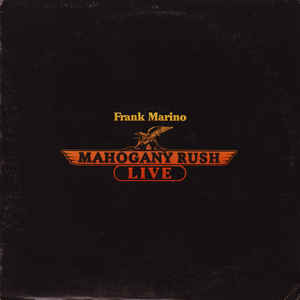 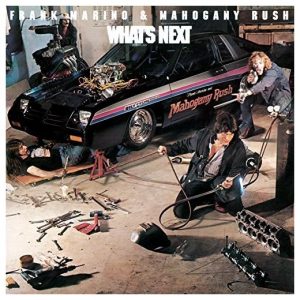 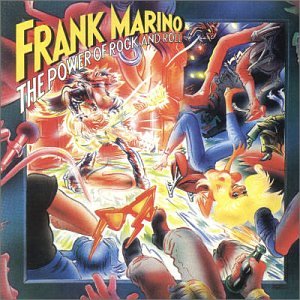 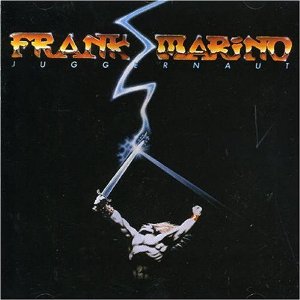