After a pandemic enforced absence, Francis Dunnery returned to Wolverhampton for his annual January visit, bringing with him an absolutely first class band to celebrate the three albums he recorded with It Bites in the late 80’s. Tonight’s gig was being filmed for a future DVD release and it was pleasing to observe that the pre-show request to not record the show on mobile phones was respected; the audience being rewarded with an unforgettable night and with a set that nudged towards two and half hours, offering excellent value for money. 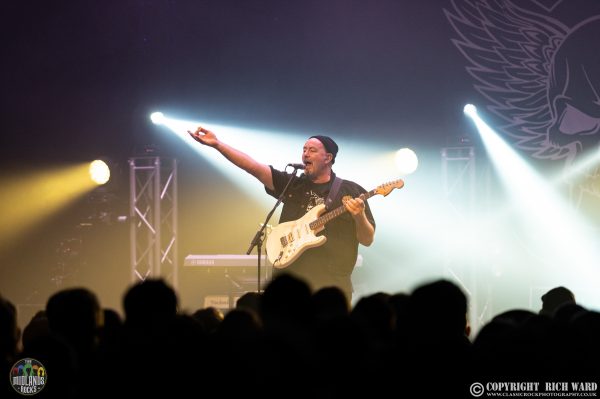 Although the band had only a few days of rehearsal time ahead of this short run of dates, they immediately hit their stride with ‘All in Red’, It Bites debut single from 1986’s The Big Lad in the Windmill that unleashed their unique sound on the airwaves and should have been a huge hit. Still an incredible guitarist and singer, Dunnery has surrounded himself with a band that mirrored his infectious energy; the wonderfully talented Peter Jones was a delight on keyboards and Paul Brown and Bjorn Fryklund provided a watertight rhythm section. It Bites were renowned for their multiple vocal harmonies and Quint Starkie’s contribution ensured the choruses were fully realised and having Luke Machin as a second guitarist in the band made certain the hard hitting ‘Underneath Your Pillow’ and ‘Screaming on the Beaches’ packed a real punch.

The song selection was more or less evenly spread out across the three albums; ‘Yellow Christian’ and ‘Hunting the Whale’ providing highlights from 1988’s fabulous Once Around the World and ‘People of America’ and ‘Sister Sarah’ taken from 1989’s swansong Eat Me in St. Louis. Dunnery’s amiable between song banter was in sharp contrast to the focused intensity of his performance, and he wowed the crowd with some mesmerising playing on ‘The Old Man and the Angel’ and even the legendary tapboard appeared on stage mid show for a brief interlude. ‘Kiss Like Judas’ and ‘Calling all the Heroes’ had everyone engaged in a mass sing-a-long before the sprawling prog epic ‘Once Around the World’ rounded off an incredible night. 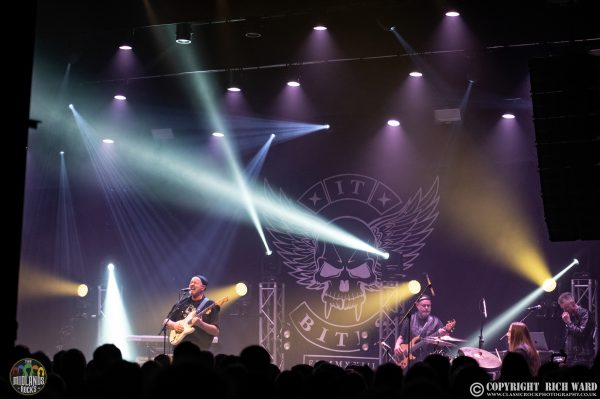 With Dunnery intending to come back over to Europe for festivals this summer, and the promise of a new Francis Dunnery’s It Bites album being released at some point later this year, the It Bites celebration looks set to continue for some time yet. More than three decades since the original albums were released the reception from the Wolverhampton audience proved that the appetite to hear these songs live remains strong, and it will be no surprise to see Dunnery & co being welcomed back in twelve months time to do it all over again.